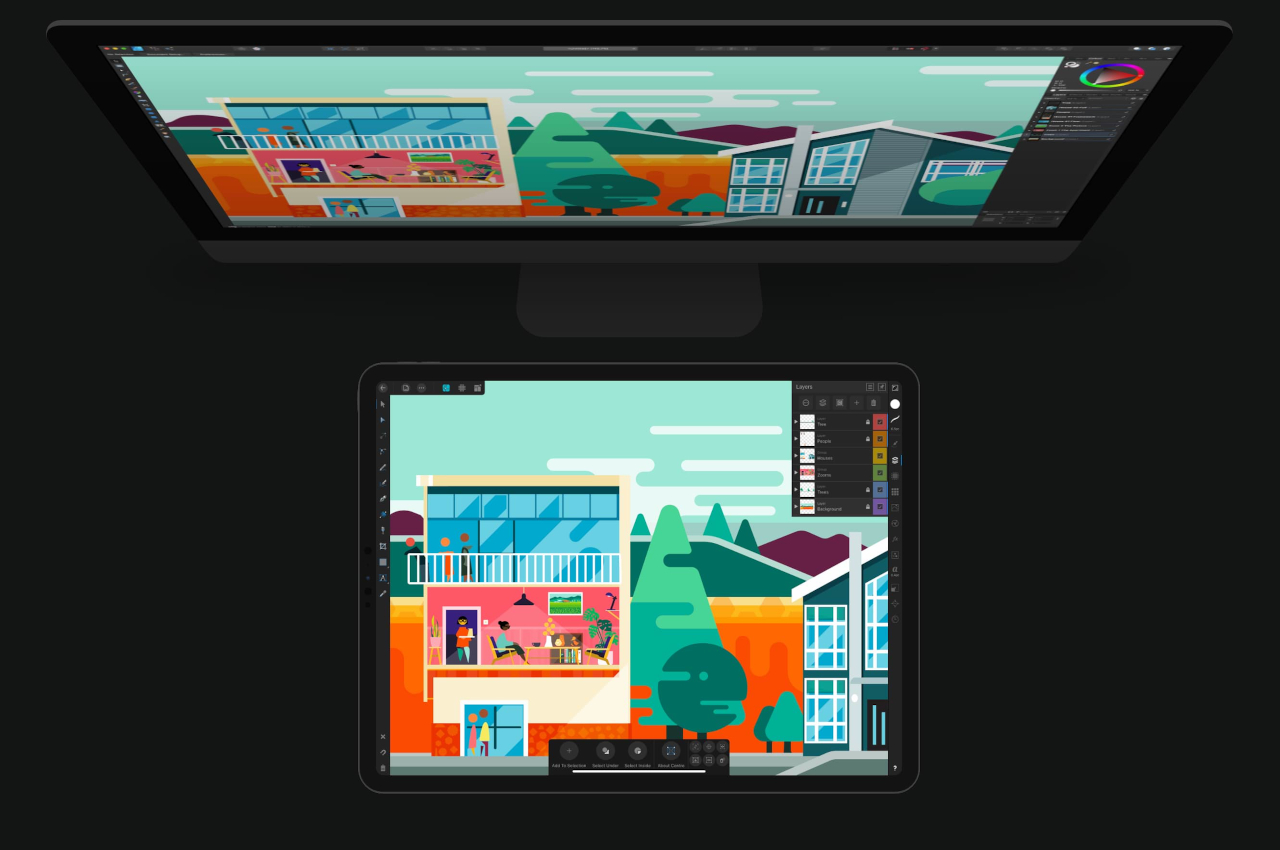 All product designs, big or small, grand or gloomy, start with a sketch. OK, technically they start with the seed of an idea, but those ideas have to take visual form sooner or later. Many designers prefer to use paper and pen or pencil at first, but end up bringing their ideas to the digital realm sooner or later. With the advent of powerful mobile devices like the iPad and Apple Pencil, it’s never been easier to bring these concepts right to the screen when inspiration strikes. Navigating the app landscape, however, can be a bit tricky, so here are the five best apps for your iPad or iPad Pro to bring those creative ideas to life, at least digitally.

You might assume that the venerable Photoshop would be right at the top of the list, but that’s clearly not the case. It wasn’t until later that Adobe finally realized Photoshop’s big market on the iPad, but by then others had already tried to fill its big shoes. Of the many apps that have attempted to capitalize on its absence, there is perhaps none more popular than Procreate. 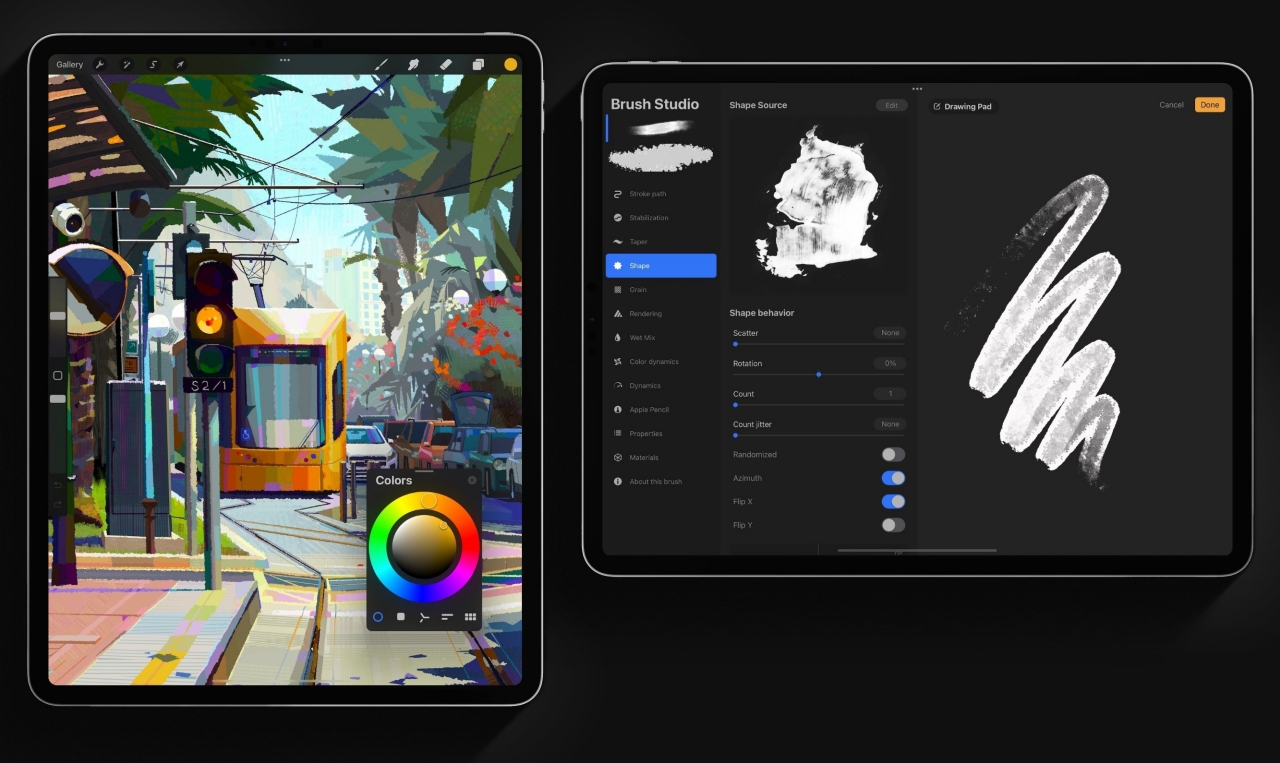 Technically, Procreate could be considered a painting app, but much like Photoshop, it’s become something of a jack-of-all-trades when it comes to digital content creation. It has all the tools you would need to visualize your design concepts from start to finish, fleshing out the details as you go. It’s easy enough to just draw with the dozens of brushes available, but that’s just the tip of the iceberg. 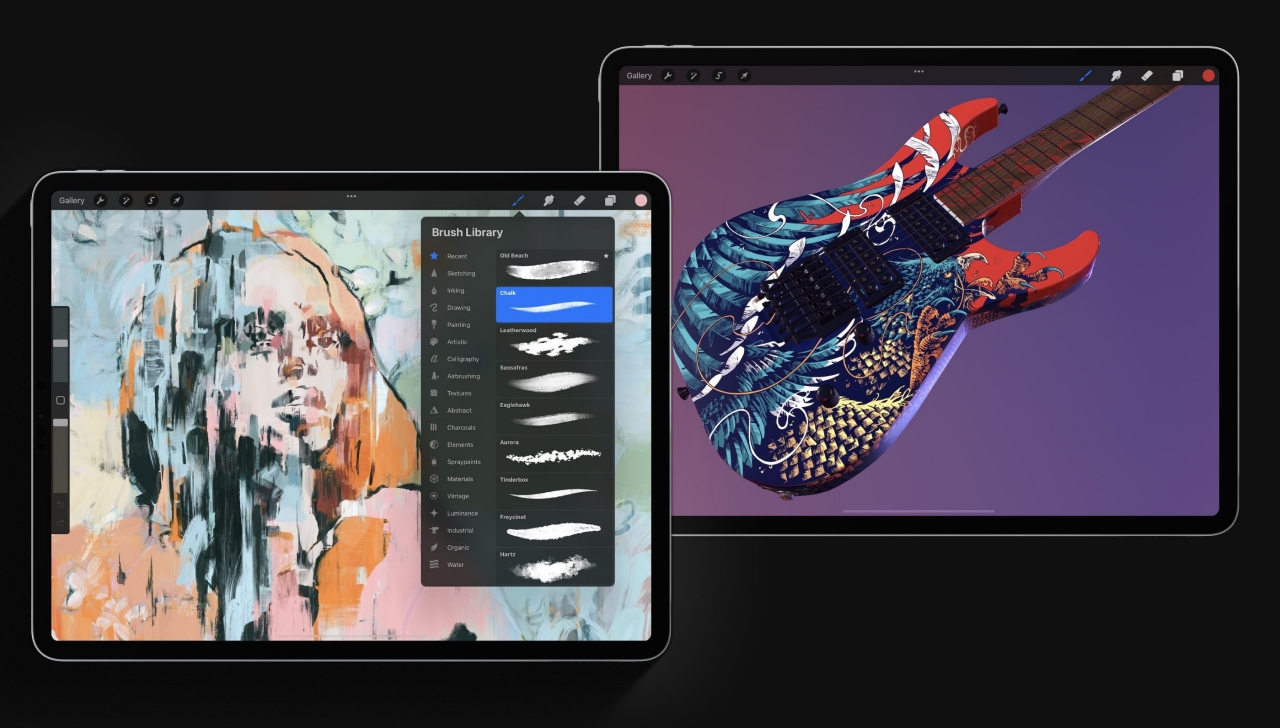 Procreate can help you animate your designs, a handy tool for products with interactive moving elements. It even has a unique 3D model painting feature that can make your designs pop off the screen, figuratively, of course. Along with iPad portability, Procreate gives designers the digital equivalent of an art studio when and where they need to work on their latest ideas, all for a flat fee of $9.99. 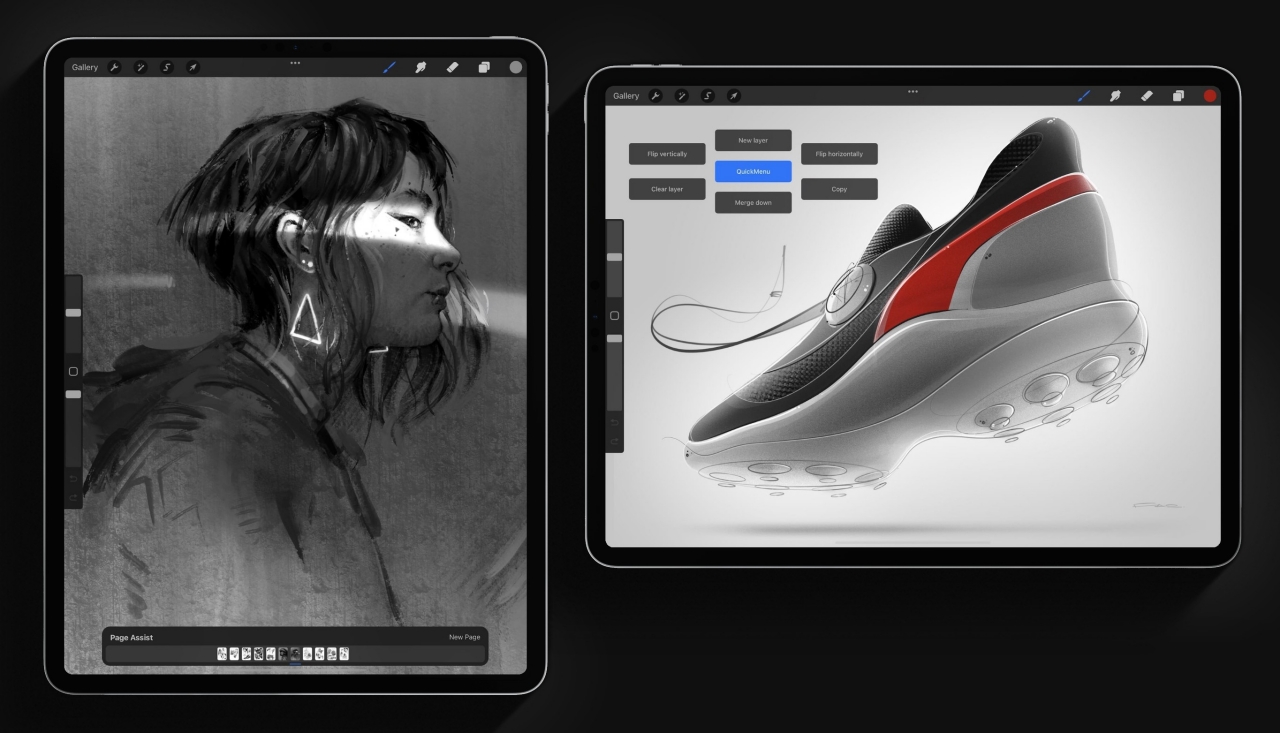 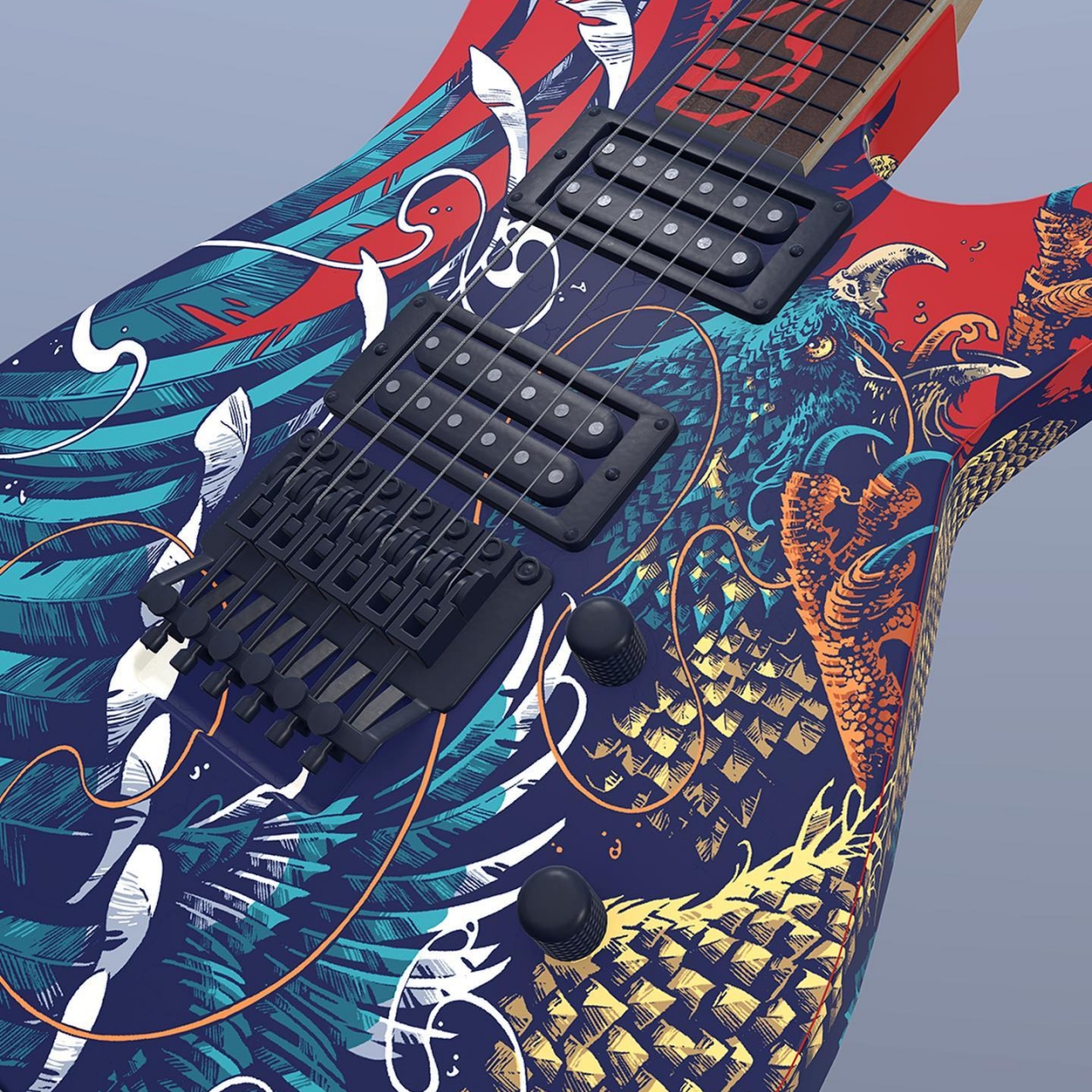 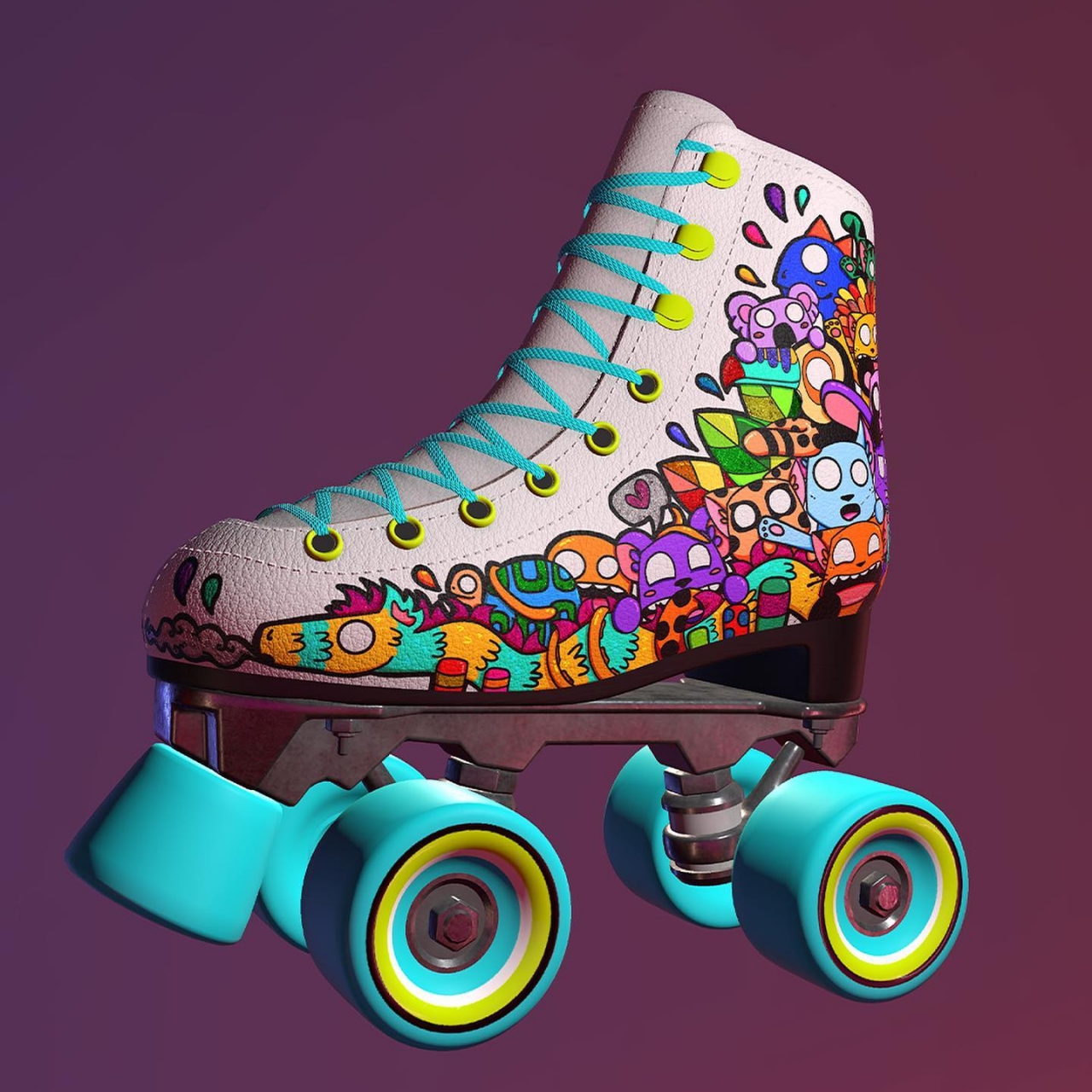 As the name suggests, Concepts is an application specially designed to help designers create concepts and illustrations. Unlike Photoshop and Procreate, Concepts works with vector lines, similar to Adobe Illustrator, although you probably won’t even feel it due to the fluidity and naturalness of the sketch. It does mean, however, that you have very fine control over every line or curve, and those lines stay smooth and crisp whether you zoom in or out and at any resolution. 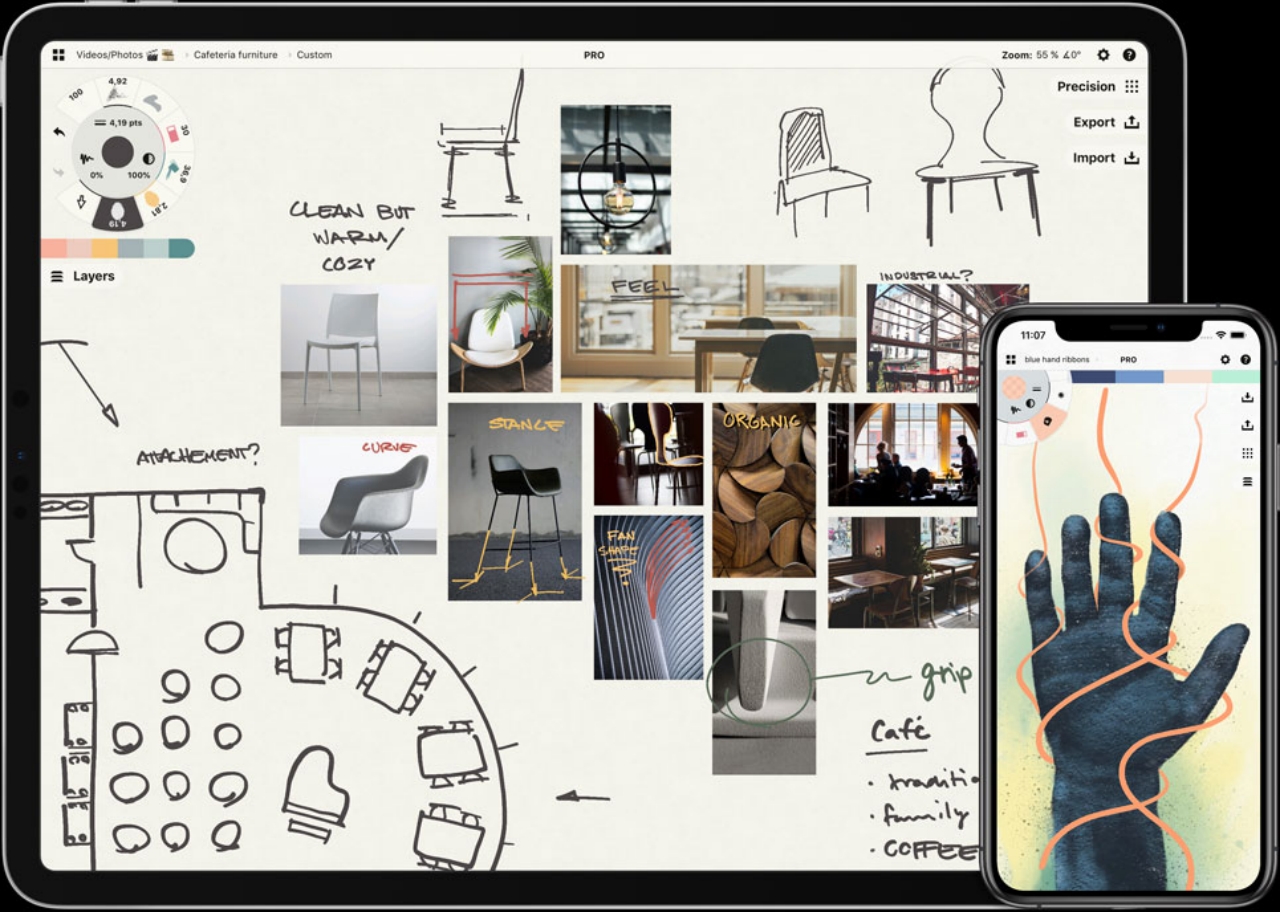 The defining feature of Concepts, however, is its infinite canvas, designed to adapt to the way designers work and think. Rather than limiting them to pages with fixed sizes, designers can explore ideas and sketch them as much as they can. The size of the canvas will adjust to their needs, not the other way around. 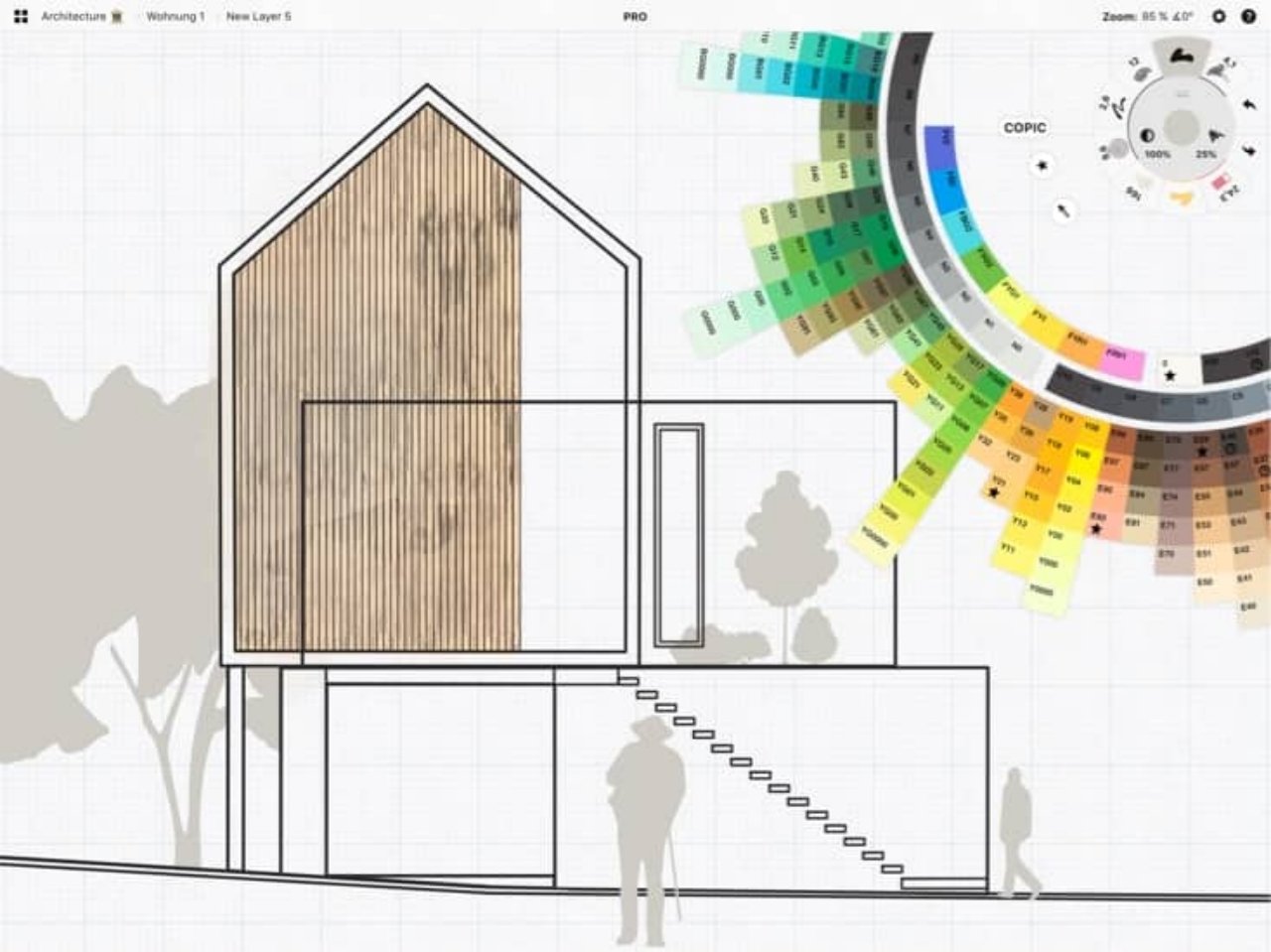 The app’s tools are designed to closely mimic their real-world counterparts, providing a familiar set of tools for designers. Even its color wheel resembles the popular COPIC format, a clear indication that this app was made for designers from the ground up. Concepts is available for free, but some features require in-app purchases. Alternatively, there is also a subscription option which also unlocks more features that you won’t be able to purchase. 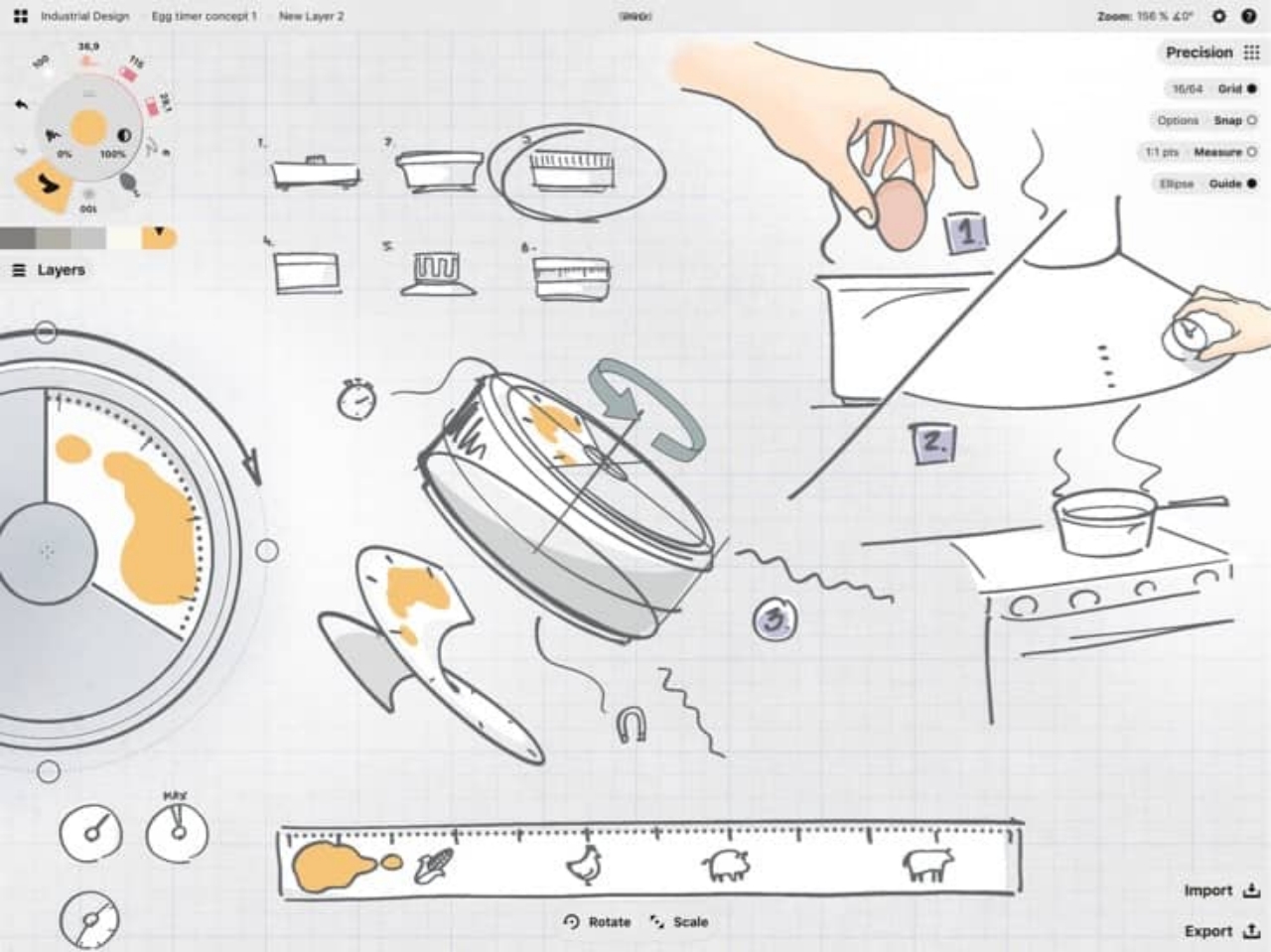 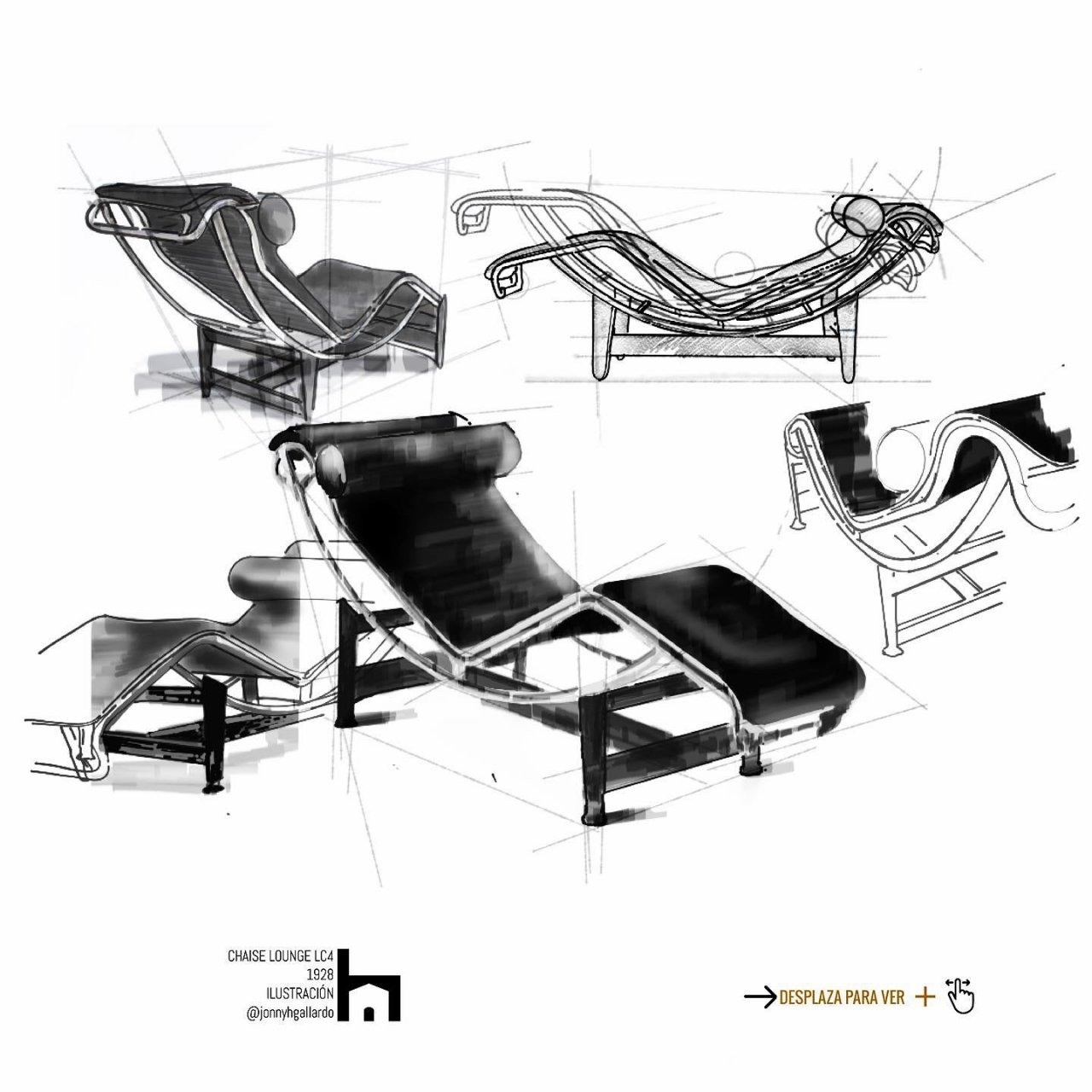 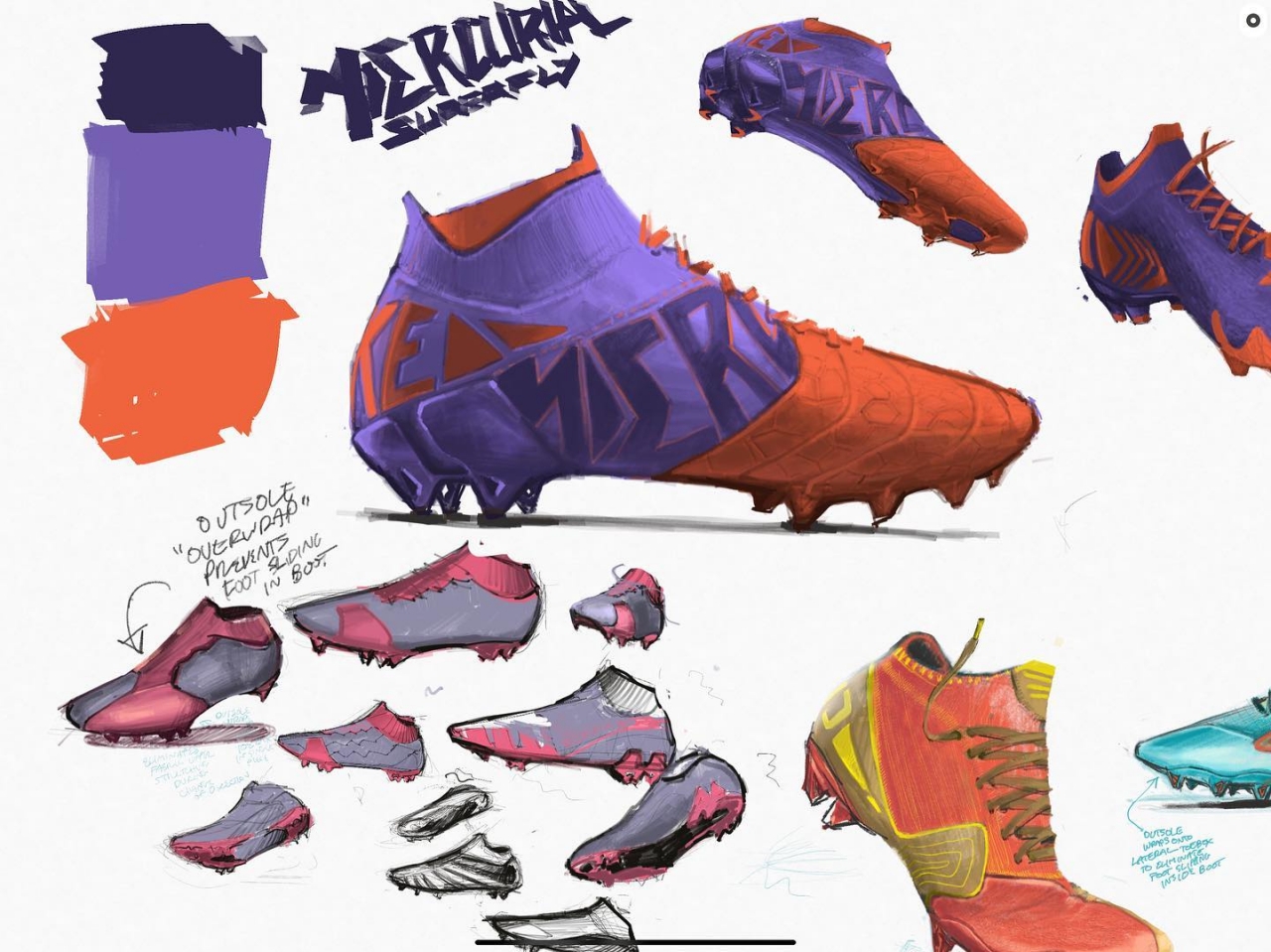 Autodesk is a name dear to the hearts of many designers, especially those in industrial design fields, for its AutoCAD products. The company, however, also had its own drawing app, and Sketchbook was, in fact, one of the very first of its kind to embrace mobile devices. Sketchbook has now started on its own, but it still brings with it all the features that made it a household name in the digital art market for quite some time. 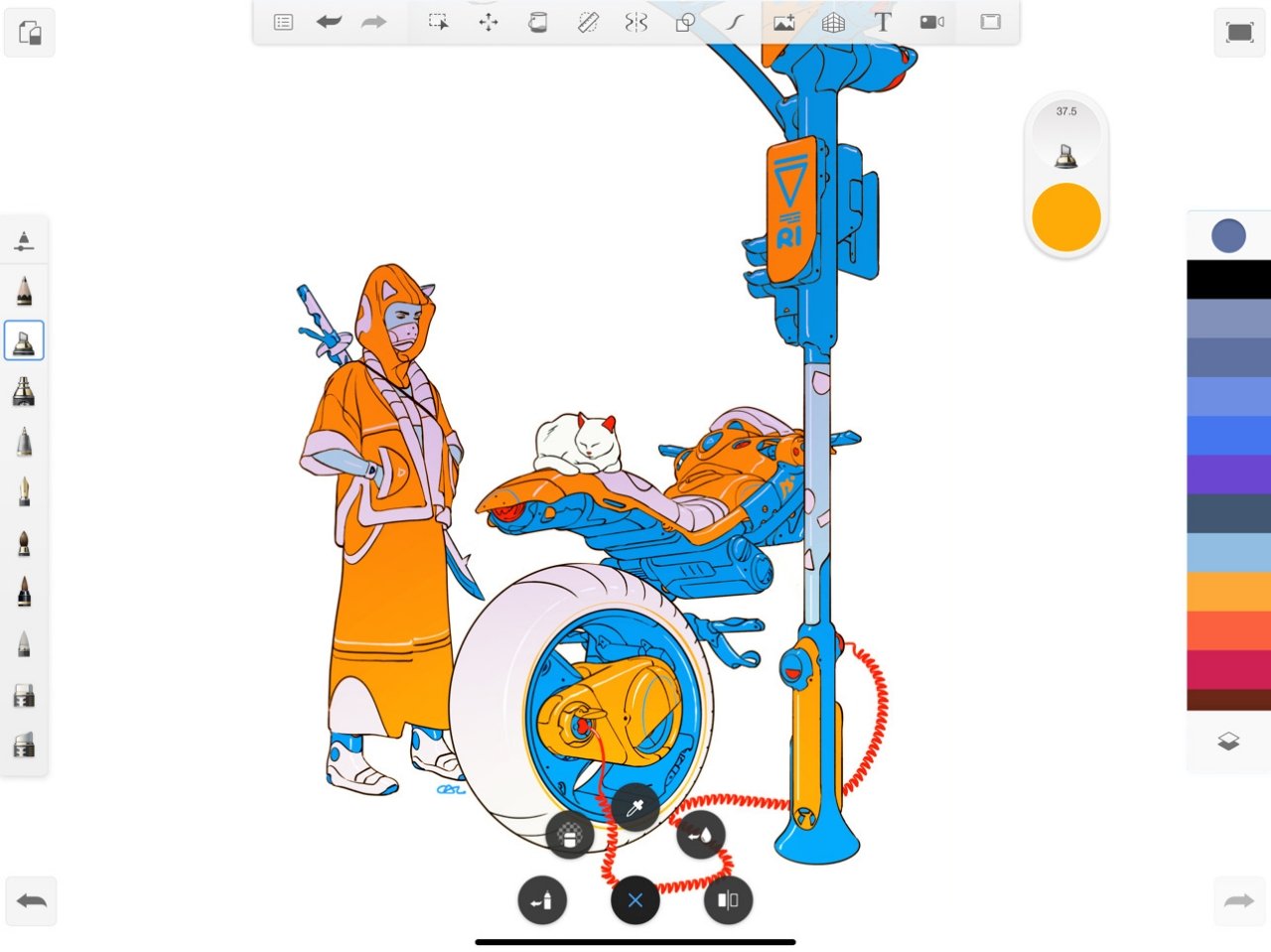 Granted, Sketchbook may not be as feature-rich as Procreate or Photoshop, but what it lacks in features it makes up for in agility and speed. This in no way means that it lacks a decent feature set, and the app is quite capable of translating your ideas into images on a digital canvas. It boasts of hundreds of brushes out of the box, and each one can be customized to suit your needs and tastes. 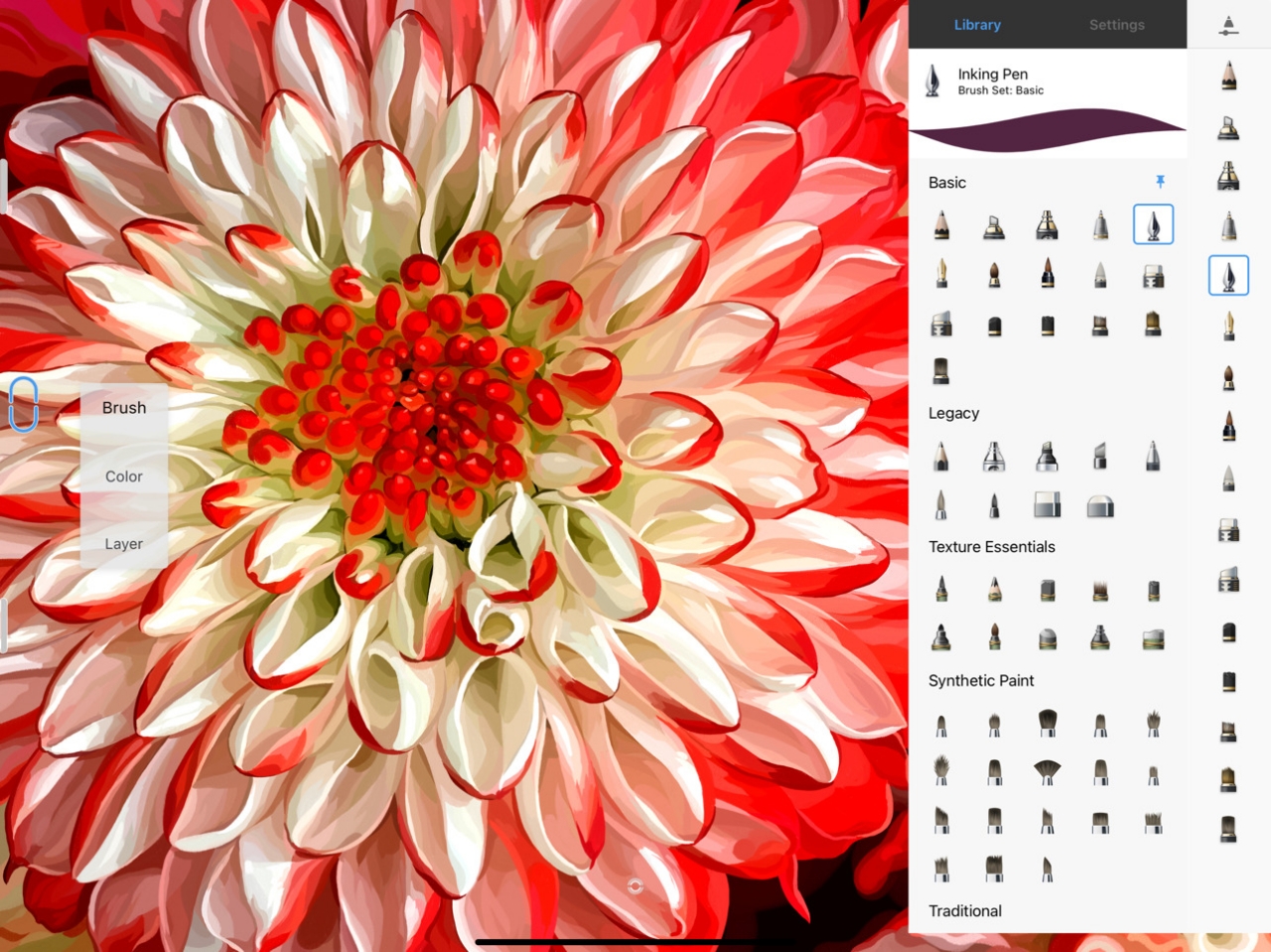 One of Sketchbook’s main strengths is its ease of use and minimalist interface. The user interface fades away and you can even work through without seeing a single button or slider. Best of all, it’s completely free with no hidden purchases, so what you see is really what you get, and it’s available on all major platforms, so you won’t miss a thing when switching between your iPad and your Mac. 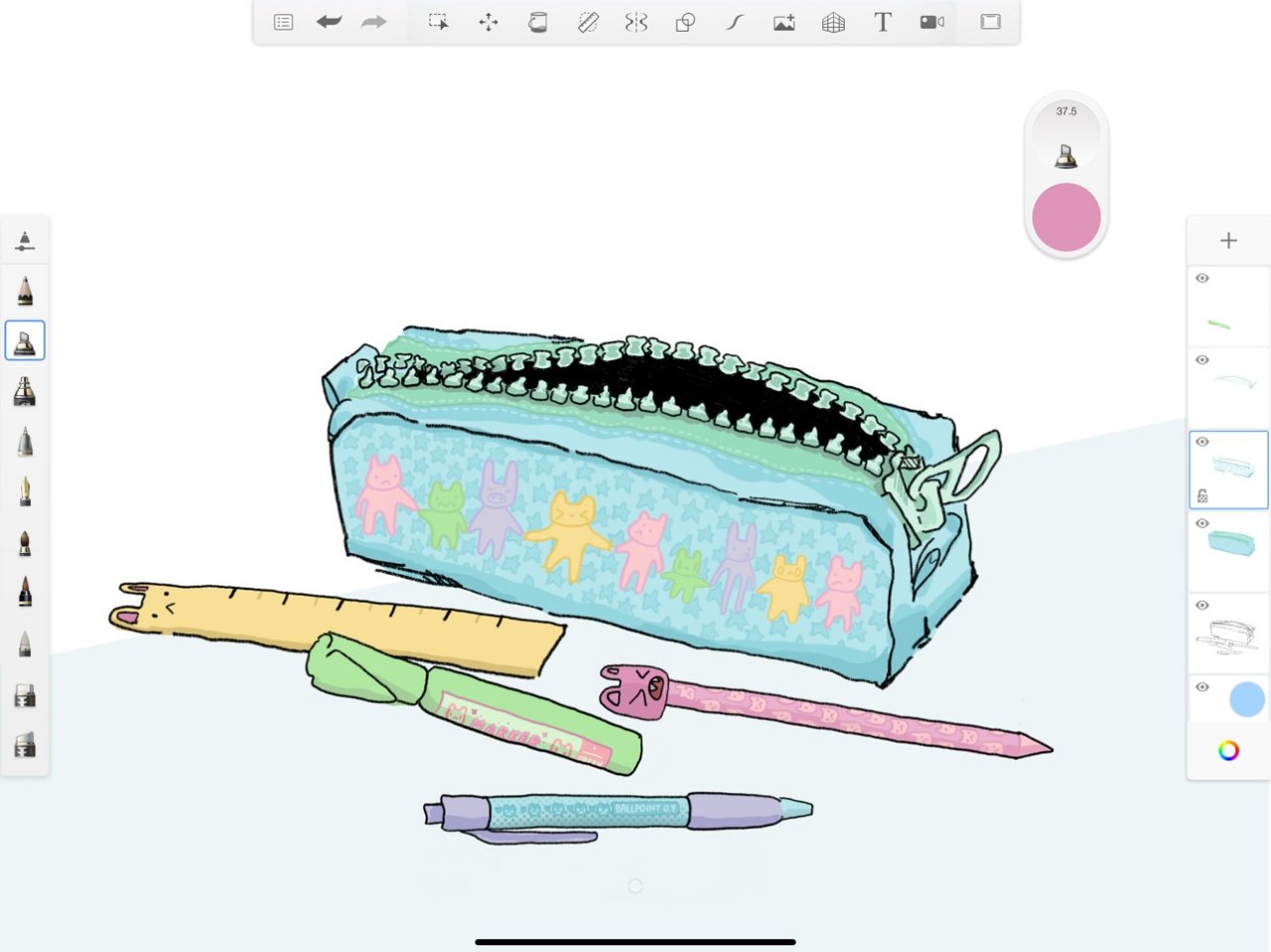 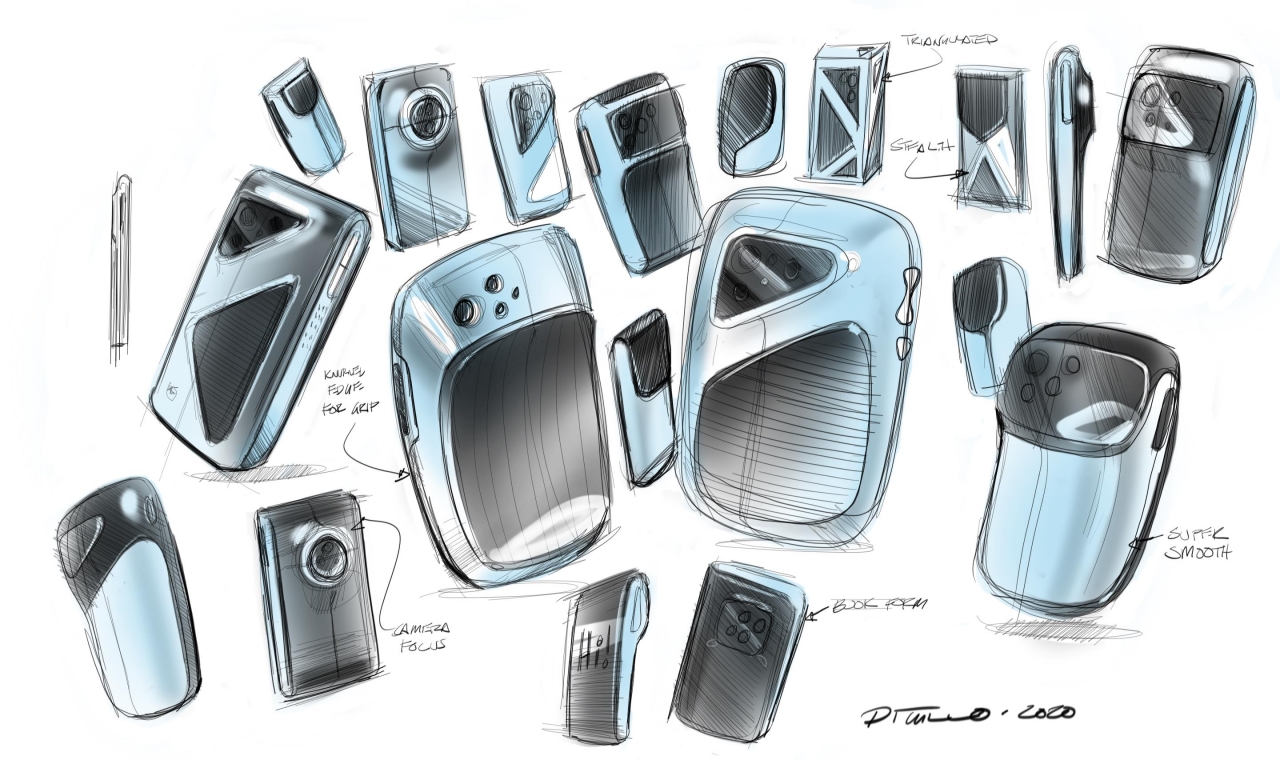 With a name like Affinity Designer, you’re pretty sure the app is made for designers. Its expressed intent is to be a professional tool for creating concept art, designs, and even branding, pretty much anything designers will need in their work process, especially when it comes time to create a more polished version of a sketch for the final presentation. 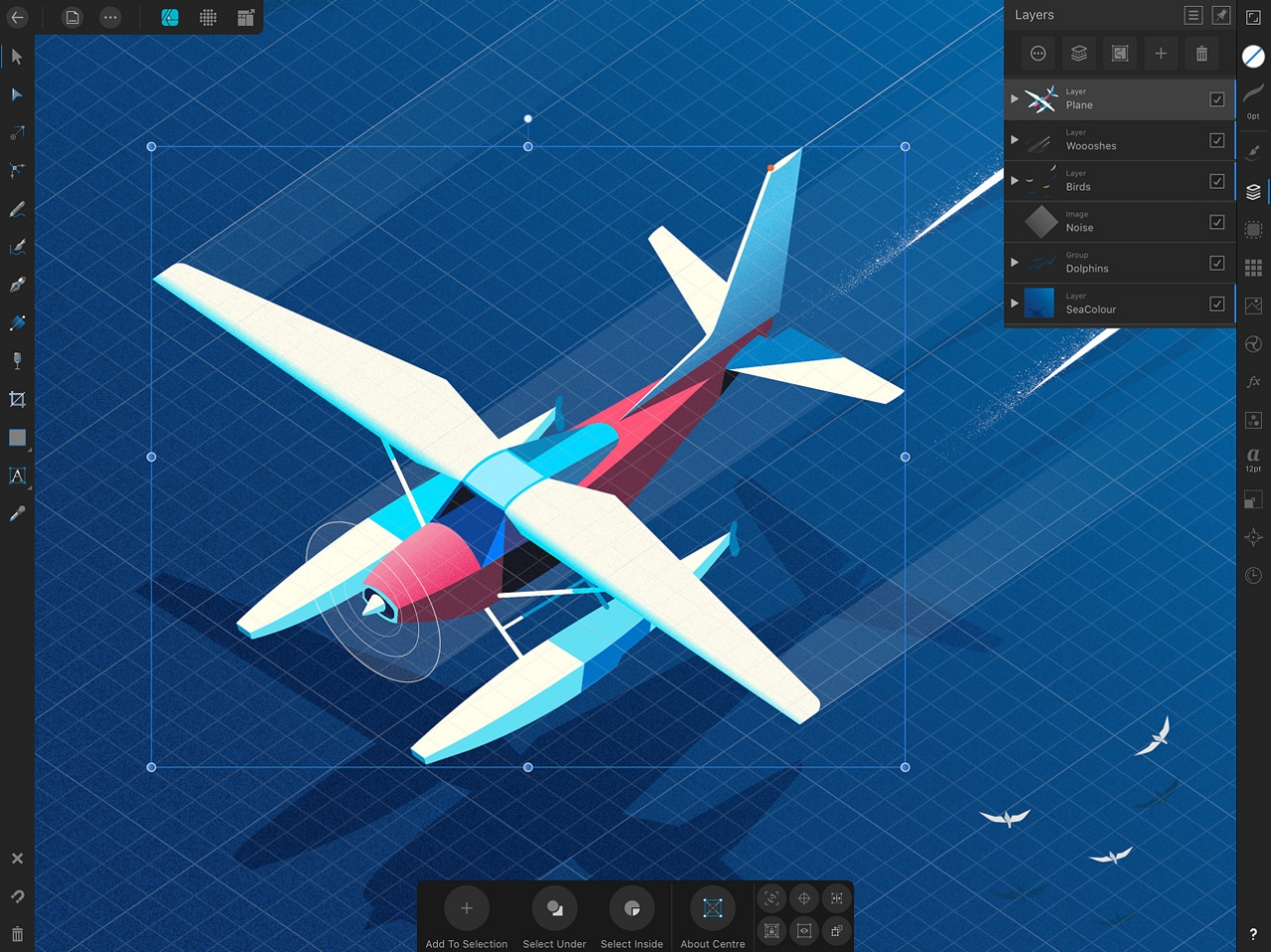 Like Concepts, Affinity Designer uses vector lines to create shapes and curves, giving the designer more control over how something looks without degrading the quality of a line. However, it also offers typical raster brushes for when you need more pixel-precise control, especially when trying to paint textures or recreate more organic materials. The app has unlimited layers and 1,000,000x zoom, though you’re technically still limited by the amount of memory left on your iPad. 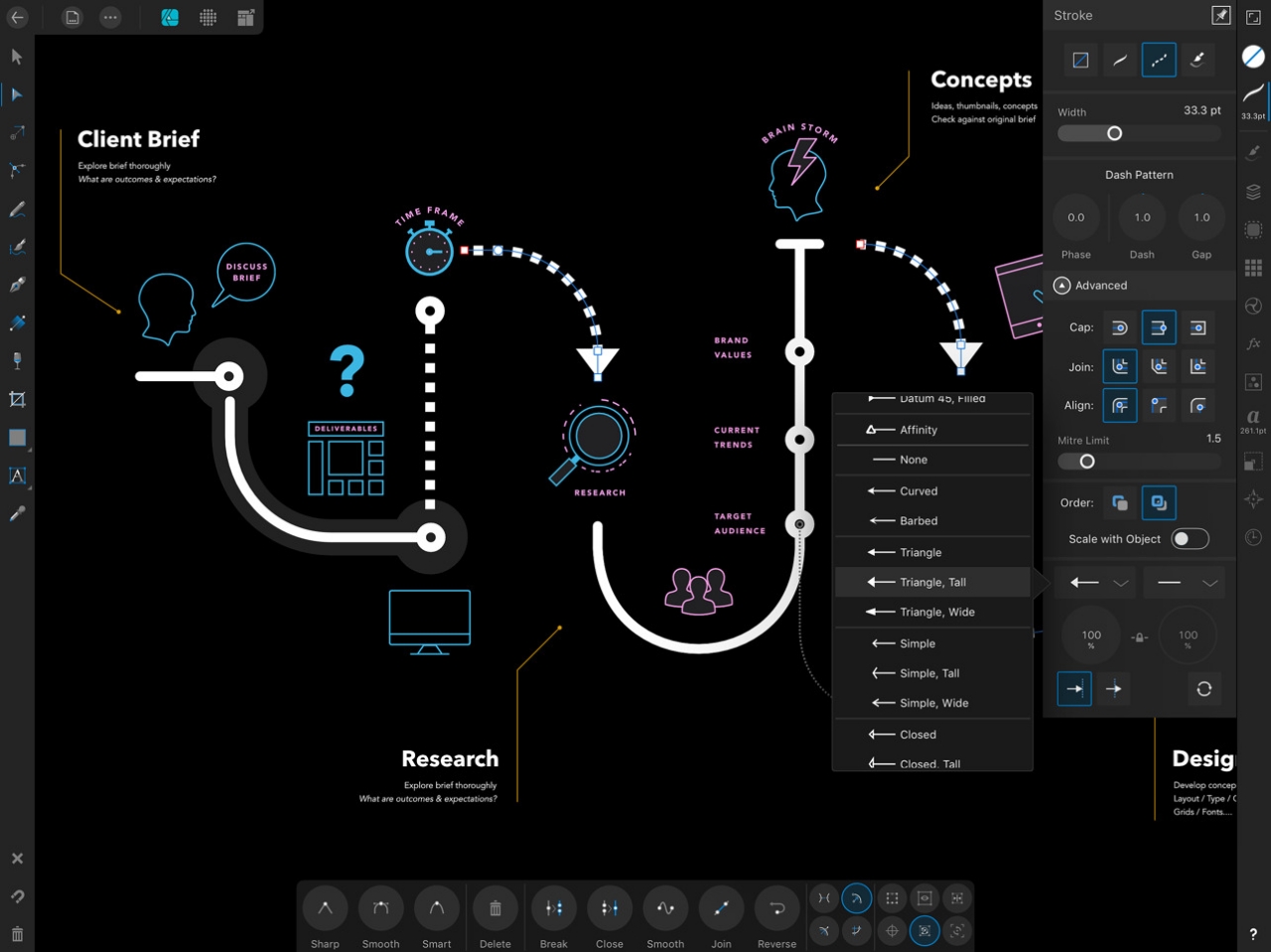 One of Designer’s most unique features is the ability to have multiple instances of the same object in your work, so changing just one will instantly update the rest. It also showcases your artboards in a Pinterest-like gallery that should be familiar to many designers. Affinity Designers has a fixed price of $9.99 and has no other in-app purchases or subscription fees. 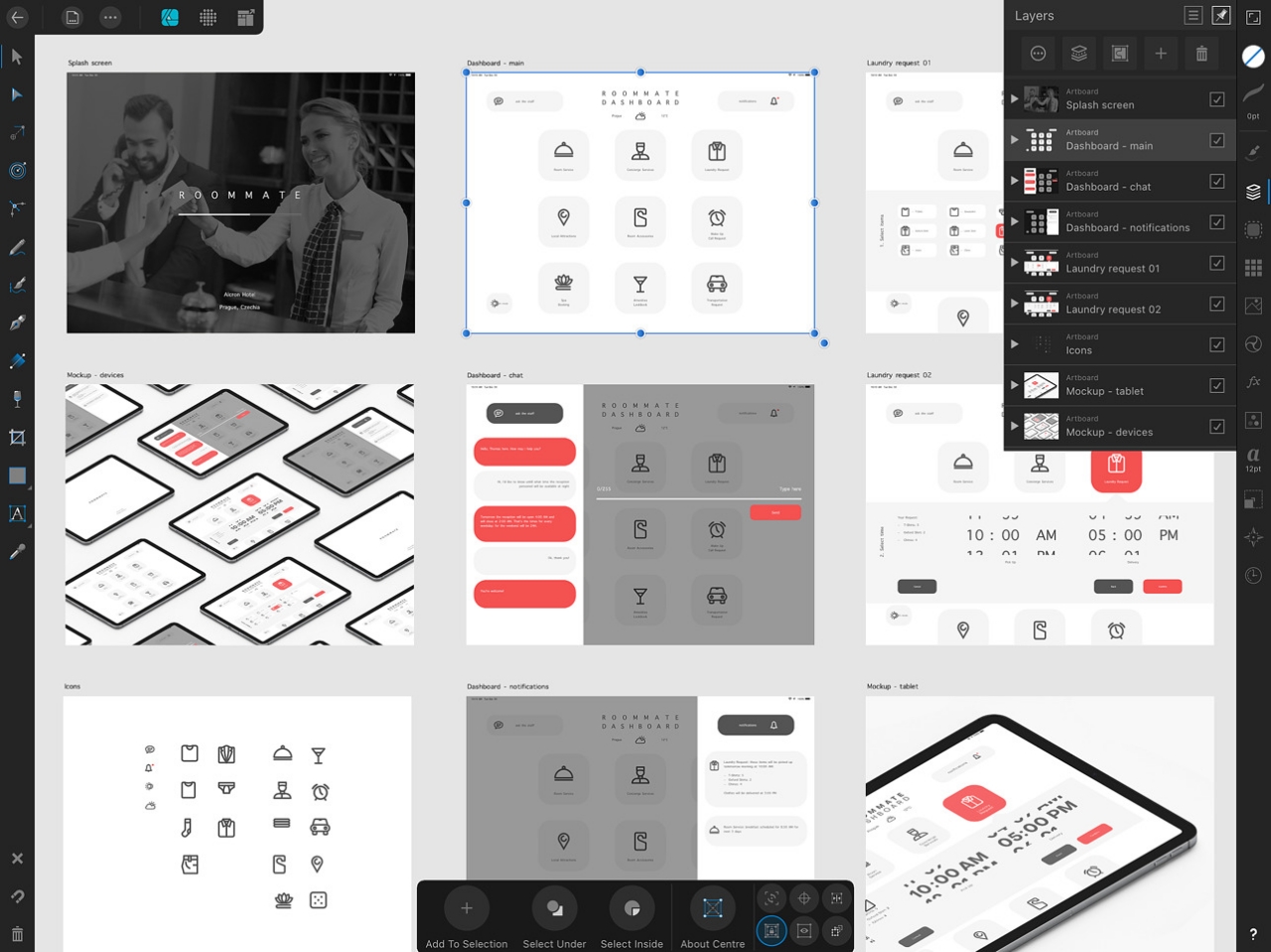 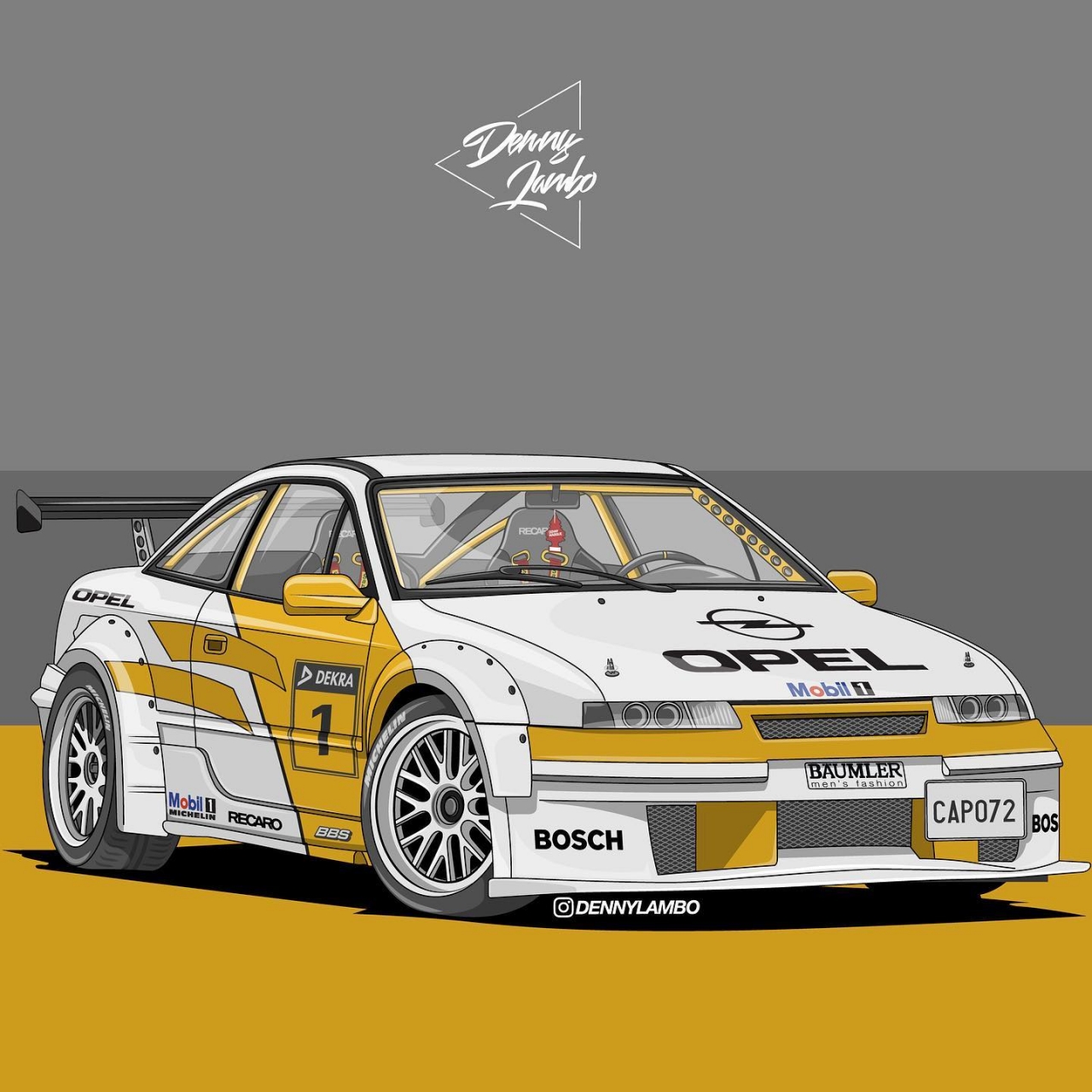 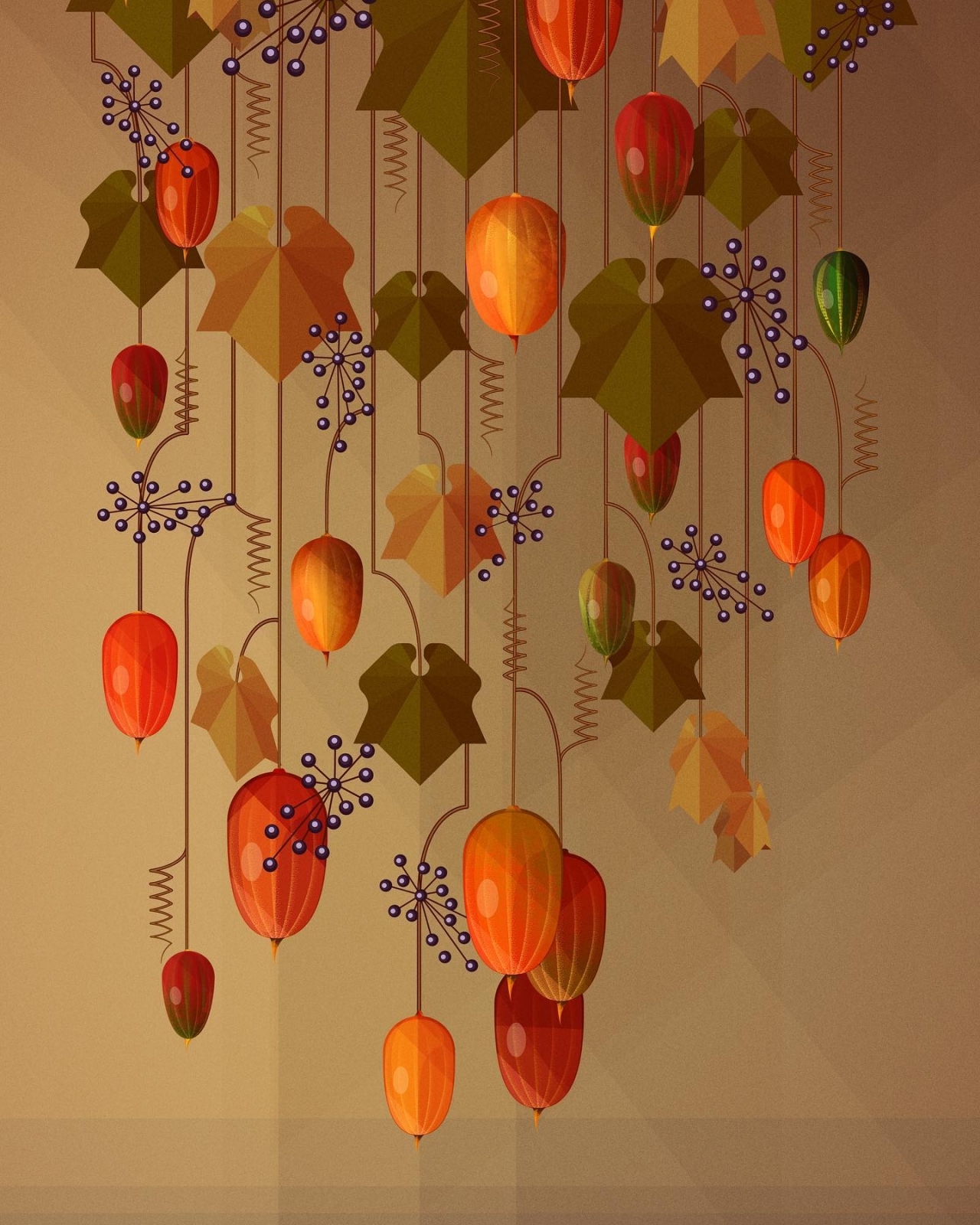 Photoshop is, of course, the granddaddy of digital art and graphic design software, and its absence from Apple’s shelves has been sorely felt for years. Sure, the iPad Pro and Apple Pencil didn’t arrive until 2018, but Procreate is already content with what’s been available for nearly a decade. In the meantime, Adobe has opted to bring several watered-down experiences to iPhones and iPads, focusing only on very specific use cases, biding its time for Photoshop to fully enter the mobile space. 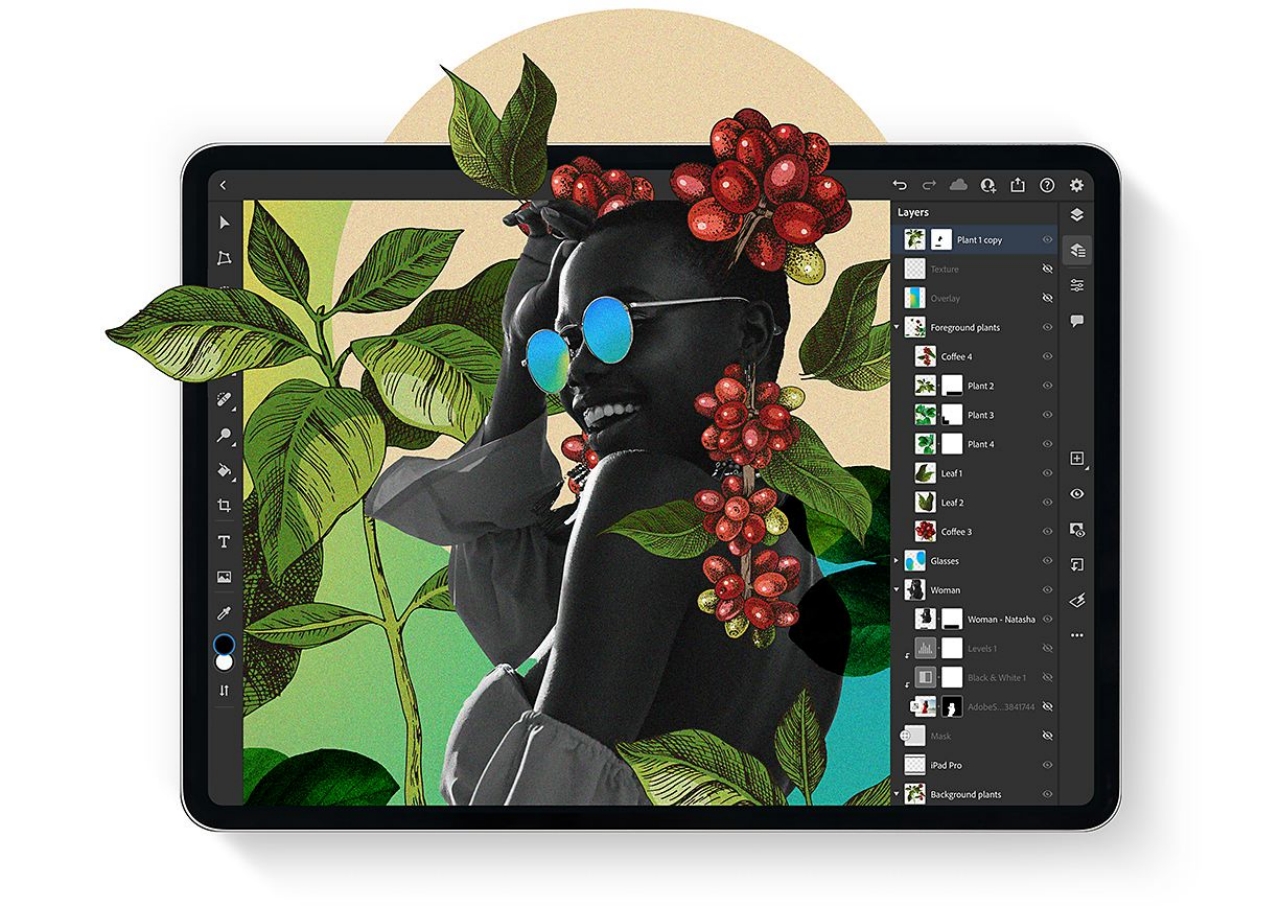 It finally happened, kind of, which is also why Photoshop isn’t placed so high on this list. This new version, first revealed in 2019, is supposed to be the same Photoshop on the desktop, but the one ported to the iPad in pieces. The functionality still isn’t up to par with what most Photoshop users are familiar with, and it will take a lot longer for things to settle down. It has some of the basics, but the focus seems to be more on being able to access your Photoshop files from Creative Cloud from an iPad rather than a completely independent mobile workflow. 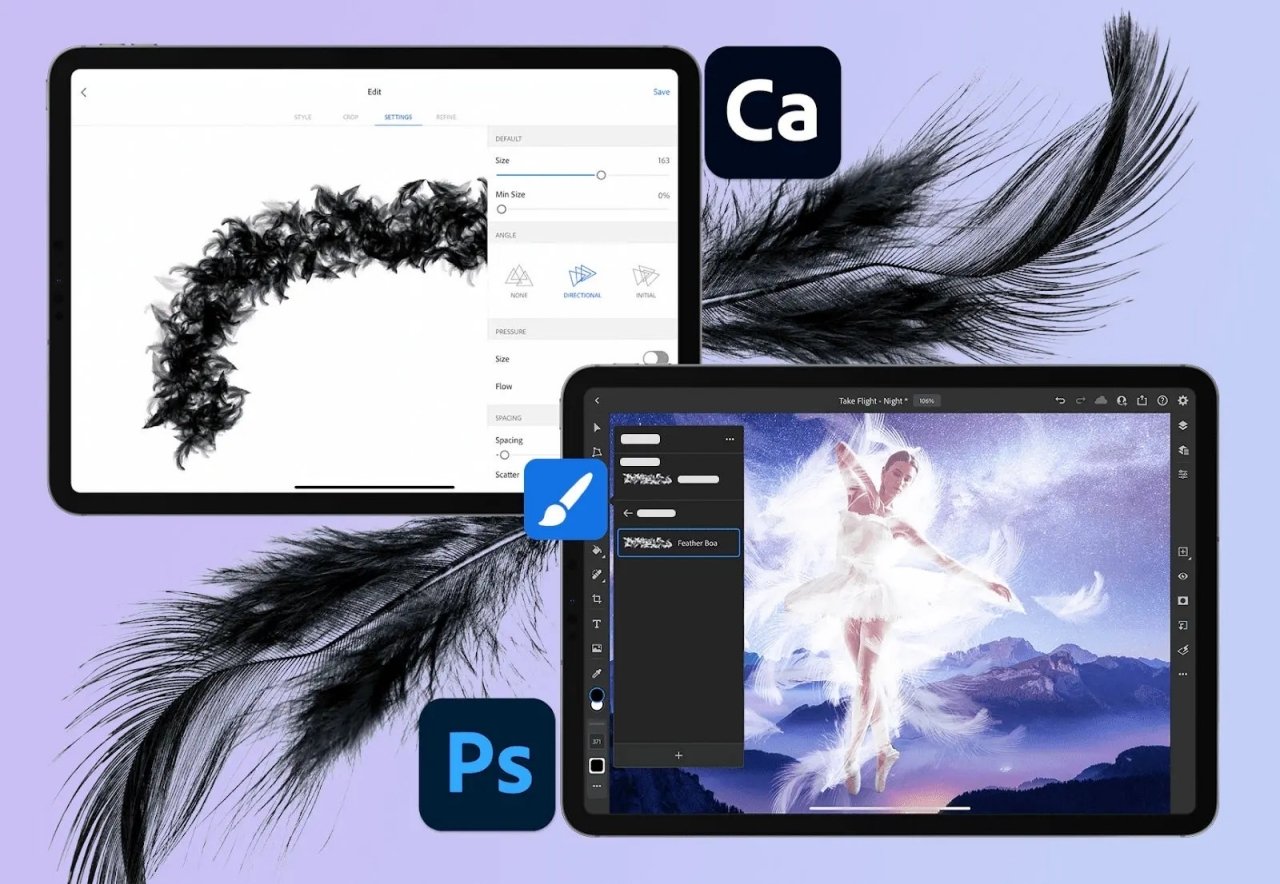 There’s also the fact that it’s the most expensive option in this bunch if you don’t yet have an Adobe subscription, which is absolutely necessary to use the app beyond its trial period. free. There are, of course, some hopes that Adobe will pick up the slack, but with its new focus on making Photoshop work flawlessly on Apple M1 Macs, iPads may have been pushed into the background again for a while. some time. 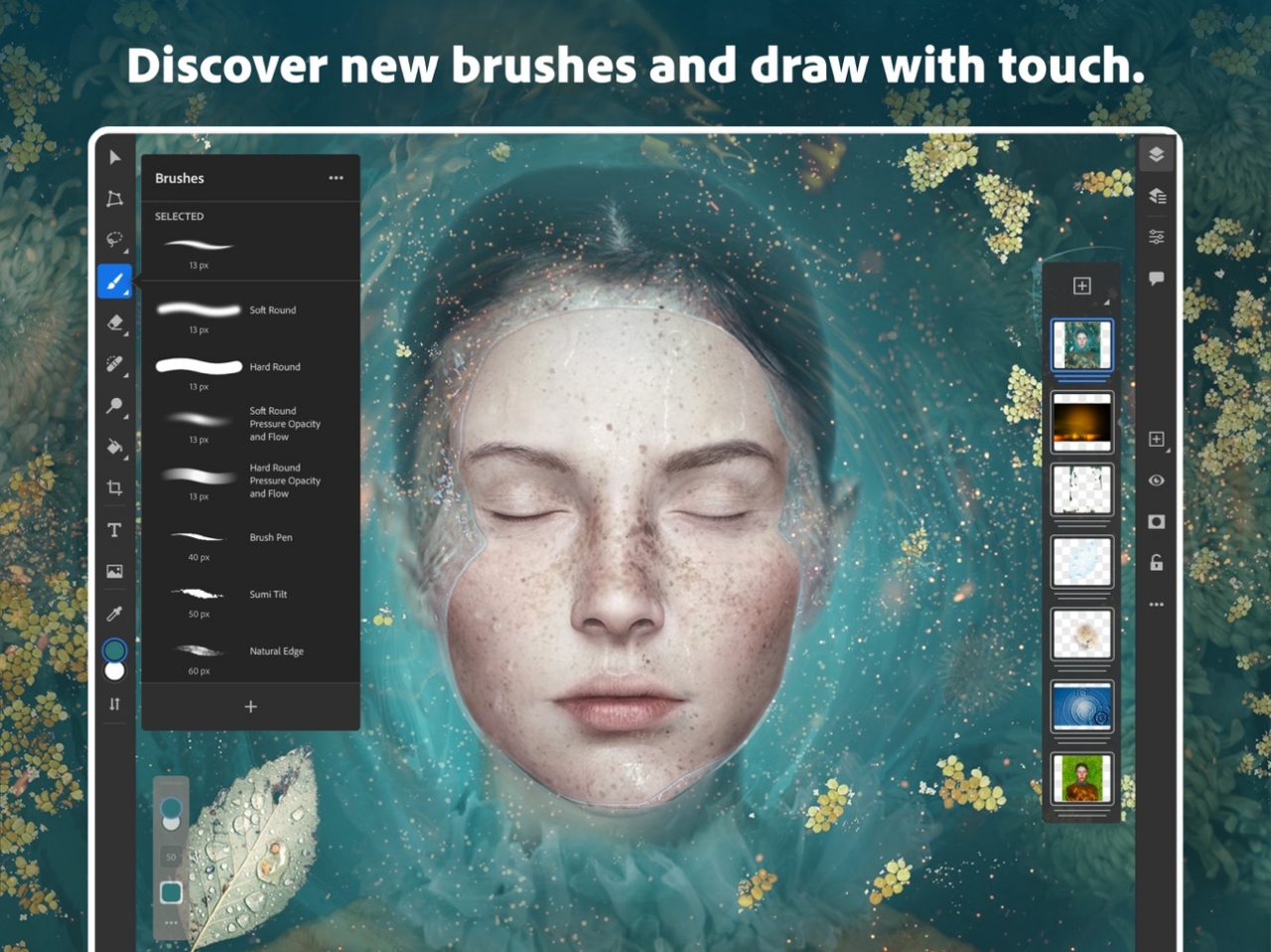 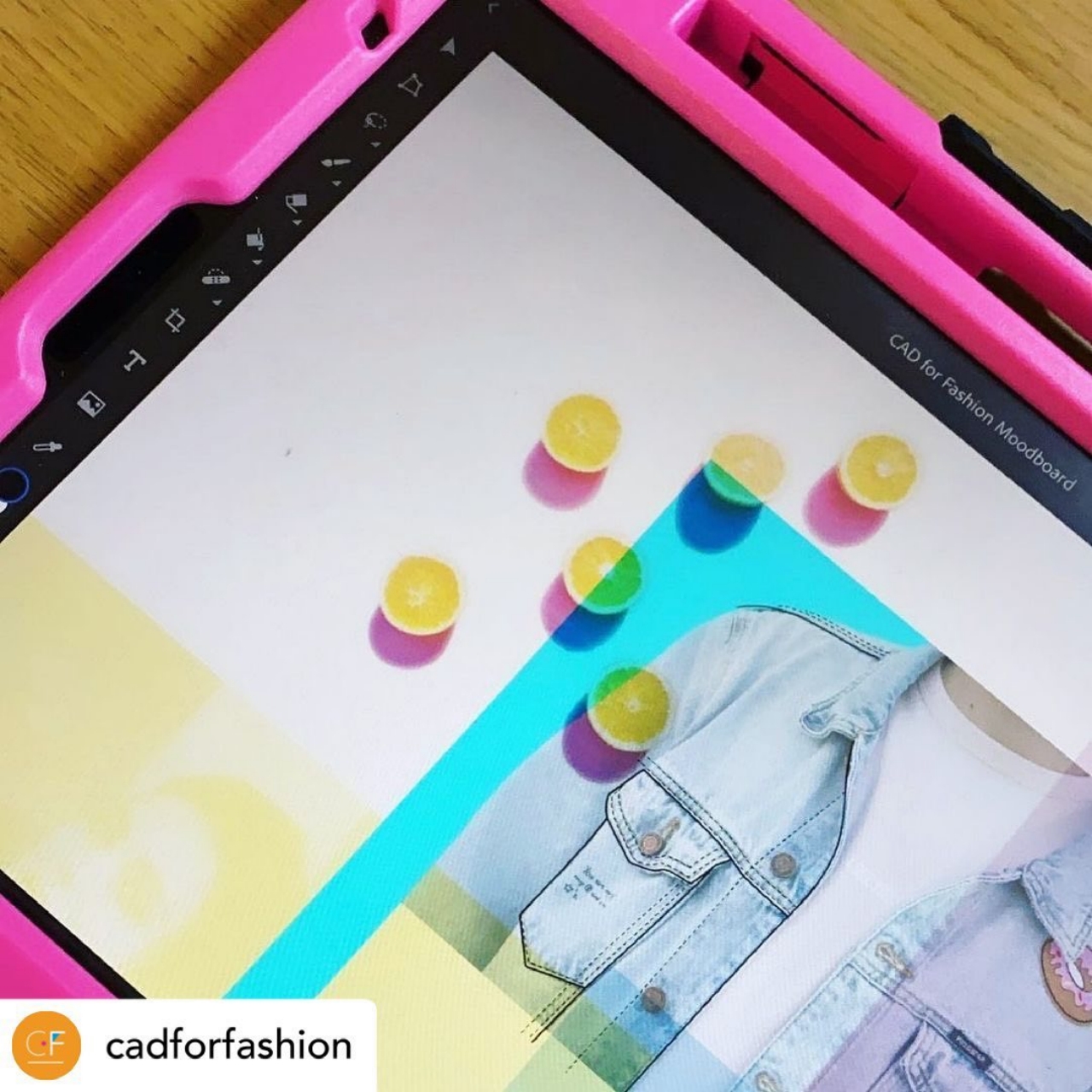 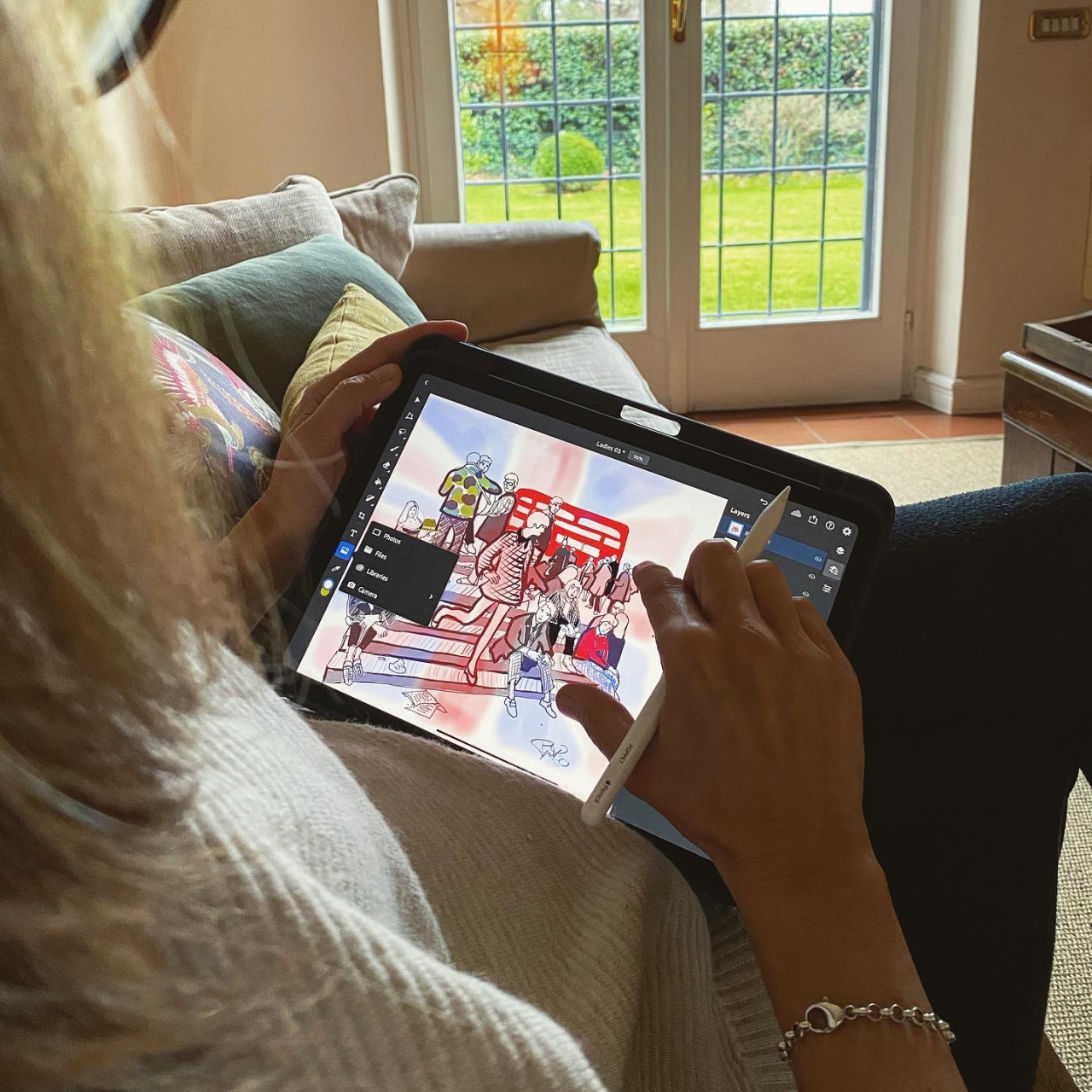 All of these apps let designers put pen to paper digitally, so to speak. They let them sketch their ideas on a nearly endless canvas, wherever the Muse beckons, with all the conveniences (and sometimes the inconveniences) of a digital workflow. Drawing and making beautiful designs, however, isn’t all a designer does, of course. A big part of the process is writing notes or annotating drawings, which is where this bonus app comes in. 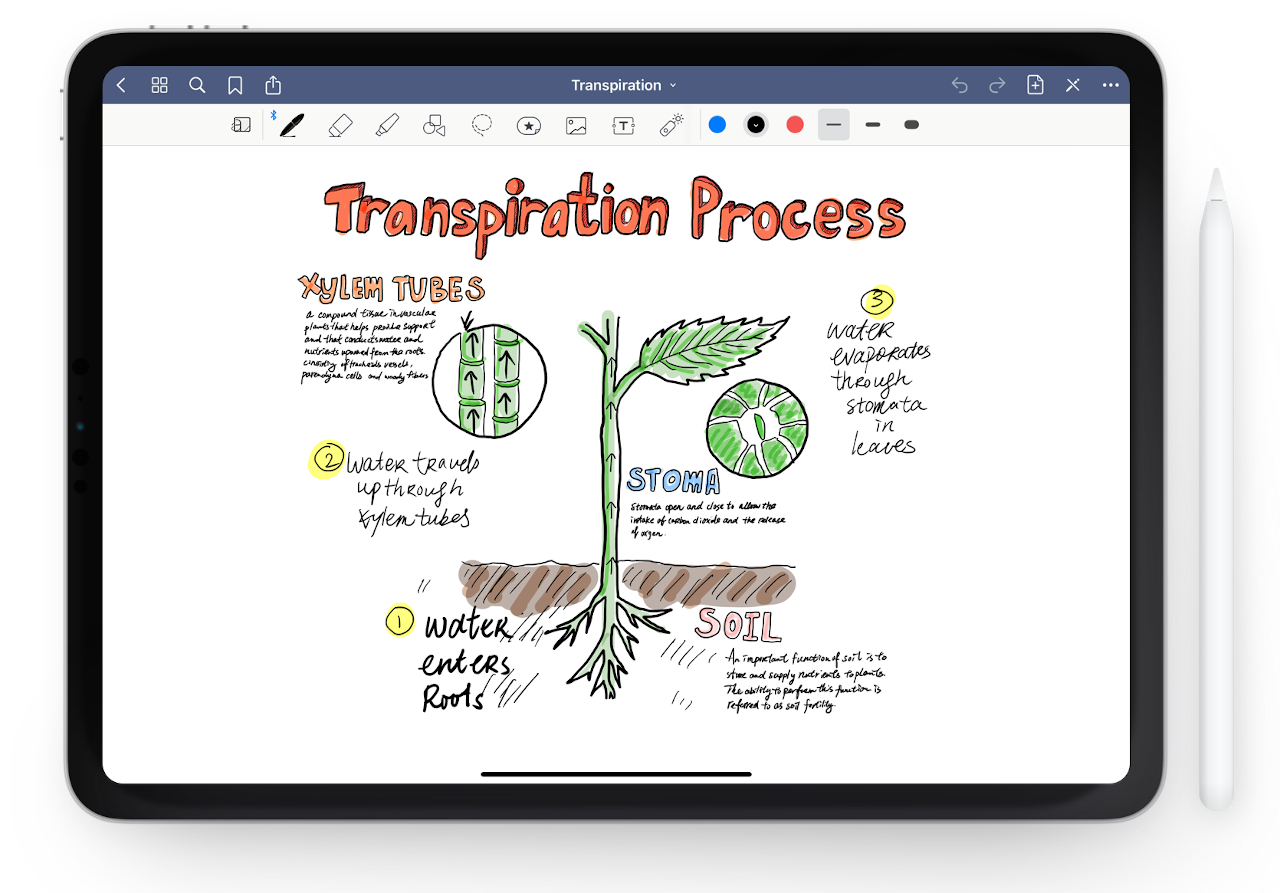 GoodNotes is considered one of the best note-taking apps for iPad, recreating much of the look and feel of traditional paper notebooks, but without the physical limitations. While it places great emphasis on the pen experience, it allows you to insert almost any type of digital content into a note, from typed text to an image. It also has basic drawing features, so you can even use it to sketch out your ideas as a draft before moving them to the more specialized apps listed above. 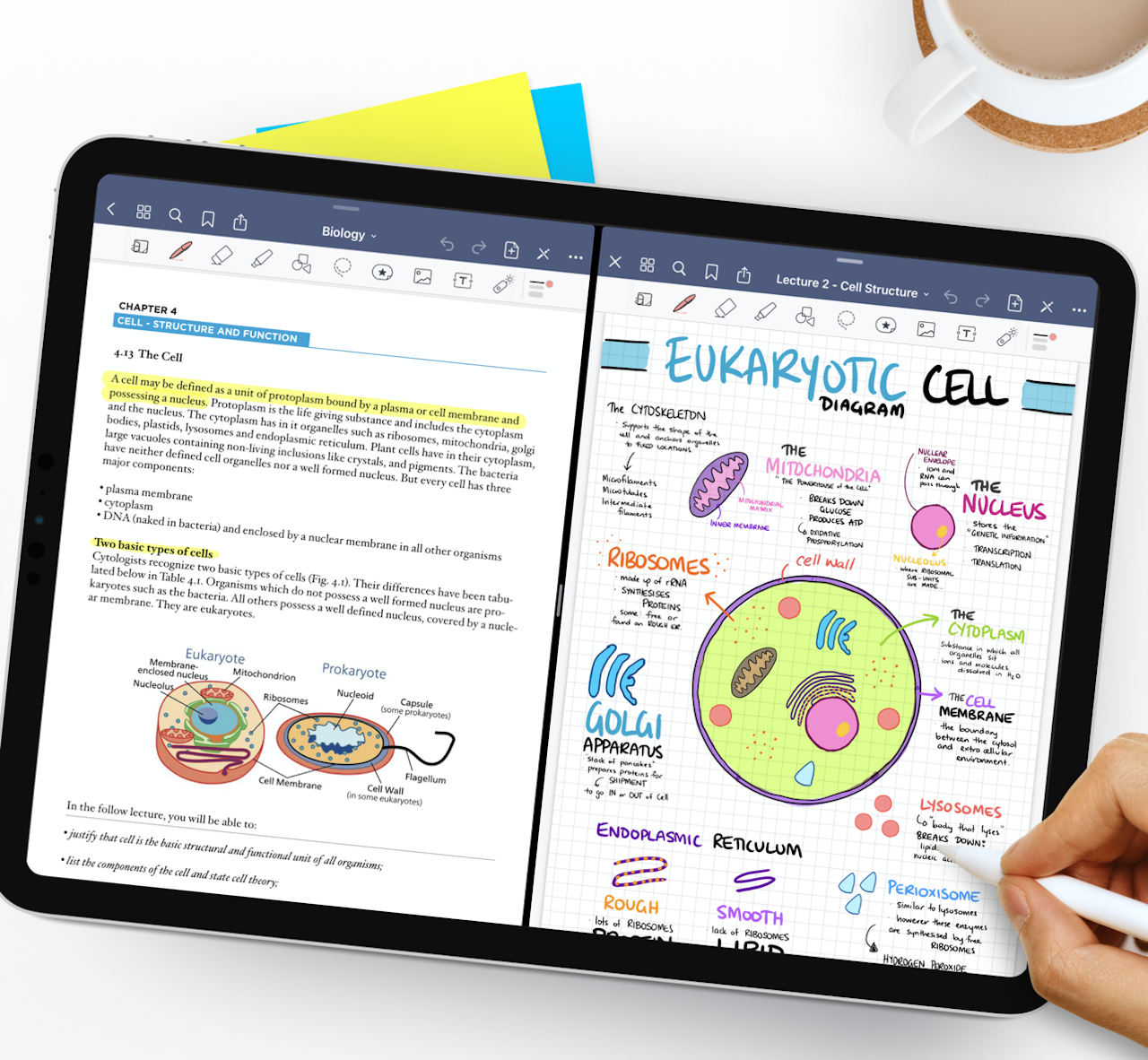 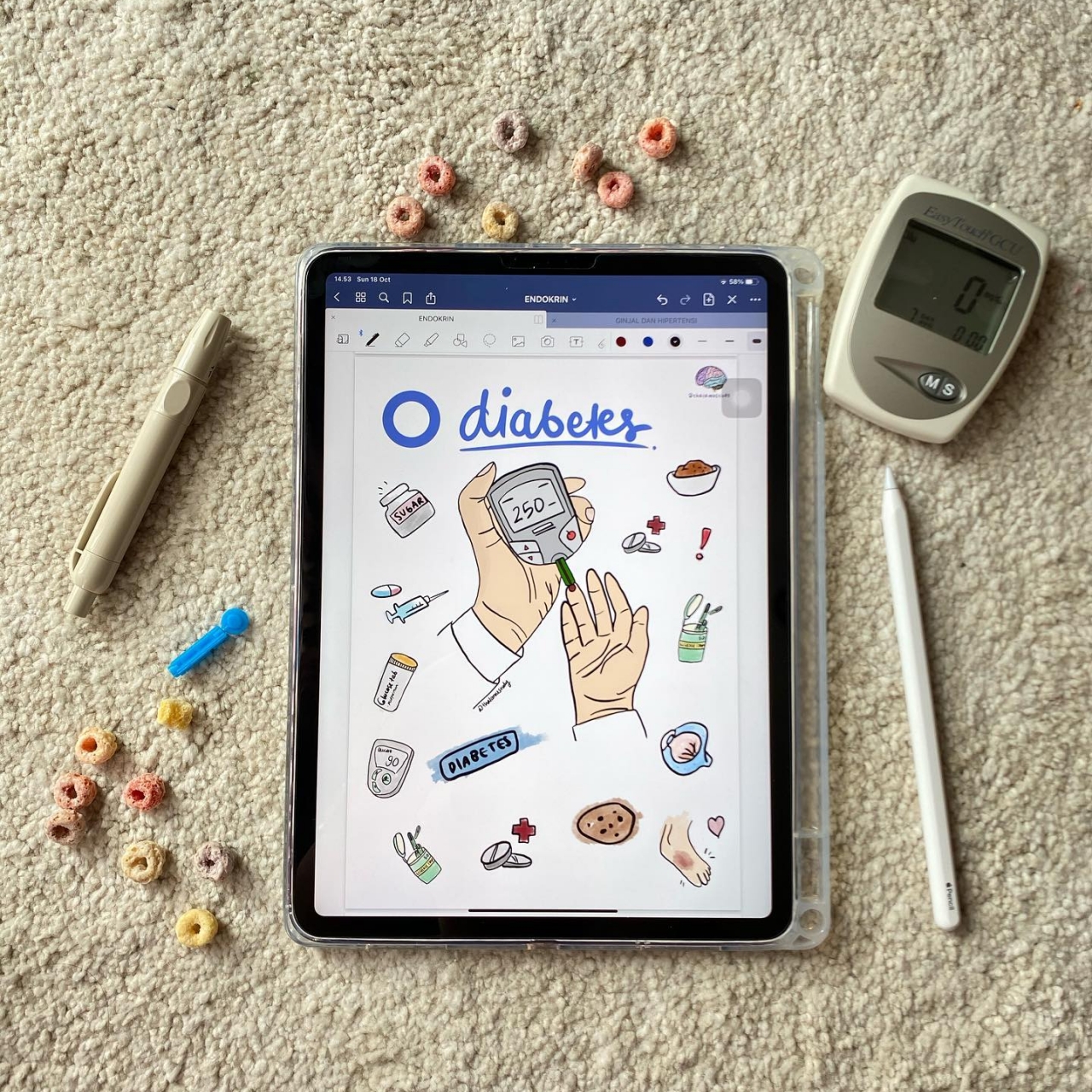