WASHINGTON – Sneakerheads looking for a new pair of sneakers to add to their collection will have the opportunity to bid on a rare pair of Nike sneakers produced in 1981.

Nike co-founder Phil Knight created the classic blue and white sneaker to gain the upper hand in a feud with the US government when the famous sneaker company started up in the 1970s and 1980s.

The sneaker company created what was described as a fake competing brand called “The One Line”, a counterfeit version of Nike Oceania running shoes from the 1970s and 1980s.

Nike quietly manufactured the counterfeit shoes. The “One Line” kicks were released in limited quantities and lacked Nike branding or signature swoosh logos.

According to Heritage Auctions, Nike was embroiled in a long tariff battle with the US government’s customs and treasury departments that nearly bankrupted the sneaker titan. 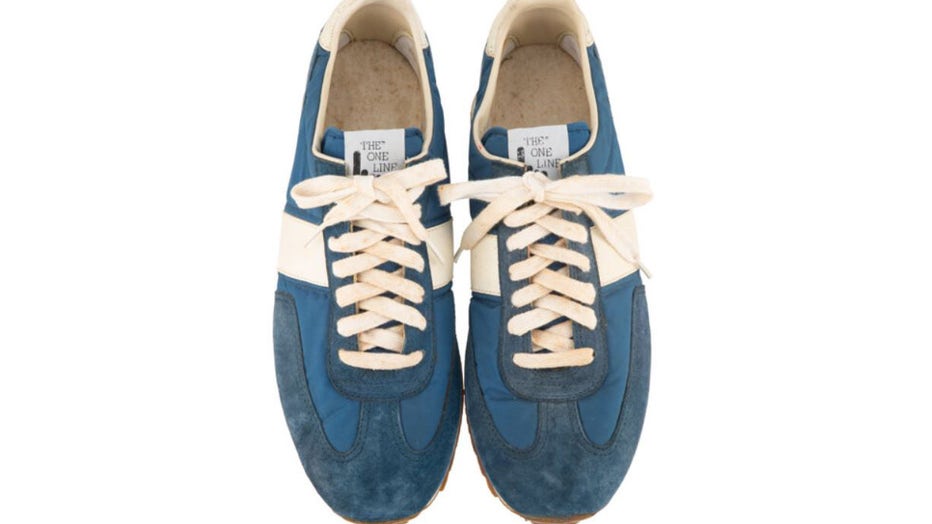 The government agency used a Great Depression-era tariff called the American Selling Price of 1922 (ASP) to sue Nike by billing the company for $25 million.

This invoice was sent to Nike as an arrears for shoes imported from international factories years earlier that the shoe company could not afford to pay. According to ASP tariff law, fake Nike sneakers had to be “like or similar” to real Nike shoes.

According to Heritage Auctions, Knight said Nike sold “a few thousand pairs” of One Line shoes while successfully getting the government to lower its tariff bill to $9 million, which Nike could afford by 1980. The company’s revenue at the time soared to $140. million per year.

Over the years, Knight has described the ordeal with the government over the sneakers as a “life or death” battle for his burgeoning Nike brand, according to Heritage Auctions.

Knight chronicled the battle with the government in his autobiography “Shoe Dog.” In an excerpt from the book, Knight wrote, “We launched a new shoe, a nylon upper running shoe, and called it One Line,” Knight writes in his book. “It was a counterfeit, very cheap, with a simple logo… From now on, customs officers should use this ‘competitor’ shoe as a new reference point to decide on our import duties.” 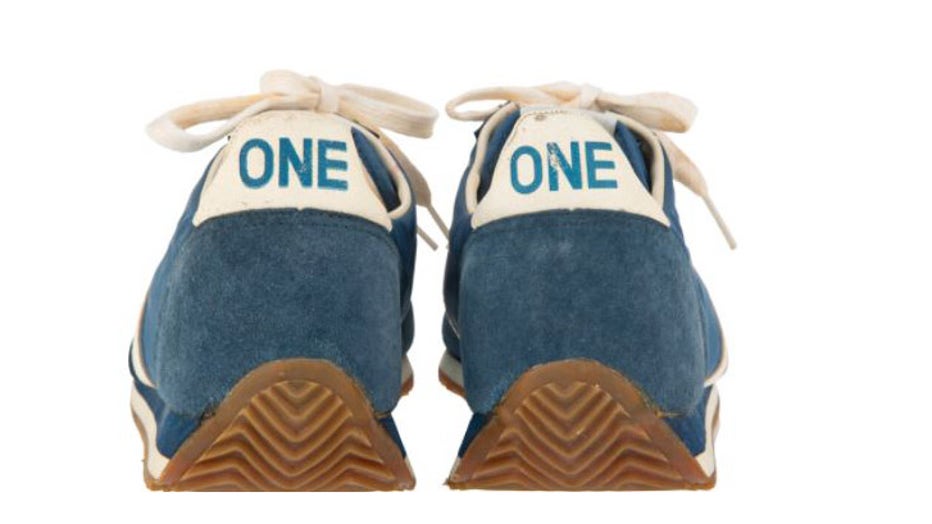 Sneaker owner Mike Monahan is listing the rare sneakers for sale. Monahan, who runs a Los Angeles-based vintage shoe blog, bought the sneakers online for a few dollars in 2018. He kept the sneakers in a plastic box and placed them in an air-conditioned warehouse for nearly three years.

According to Heritage Auctions, Monahan bought the sneakers because they were weird and he wanted to document the unique history of the vintage running shoe for his blog and was intrigued by the backstory.

These size 9 vintage “One Line” Nike shoes are the first pair to be auctioned. The auction is scheduled for 3:00 p.m. CST (4 p.m. ET) Wednesday at Heritage Auctions with the current bid of $50,000.

Monahan told Heritage Auctions that he hopes his sneakers will be sold to a Nike collector or someone from the Nike company who wants to profit from what he called his “happy accident.”