Nanaimo RCMP are looking for three people after an alleged shoplifting involving bear spray in March.

According to the gendarmerie, on March 22, at approximately 10:30 p.m., two women and a man entered the Landing Liquor Store at Brooks Landing Mall.

Police say the women tried to distract the employees while the man picked out expensive scotch bottles to steal.

An employee confronted the man and told him they were calling 911, at which point the man pulled out a canister of pepper spray and sprayed it in the general staff members area, police said. The man then fled on foot.

Constables arrived at the liquor store but could not find the man nearby. Police say the two staff members involved in the incident were offered medical attention, but refused.

Investigators are now looking to identify the three people believed to be involved in the incident.

The man is described as being in his mid-twenties and about 6ft 2in tall. He has black hair that was gelled and wore white running shoes with a zipper.

One woman is described as a large Aboriginal woman who wore a long gray jacket and a red hoodie.

Nanaimo RCMP are looking for the woman who is believed to be linked to a shoplifting in March. (Nanaimo RCMP)

The other woman is described as a thin-built white woman who wore a yellow and black mask and a black hoodie with a white triangle logo on the front. 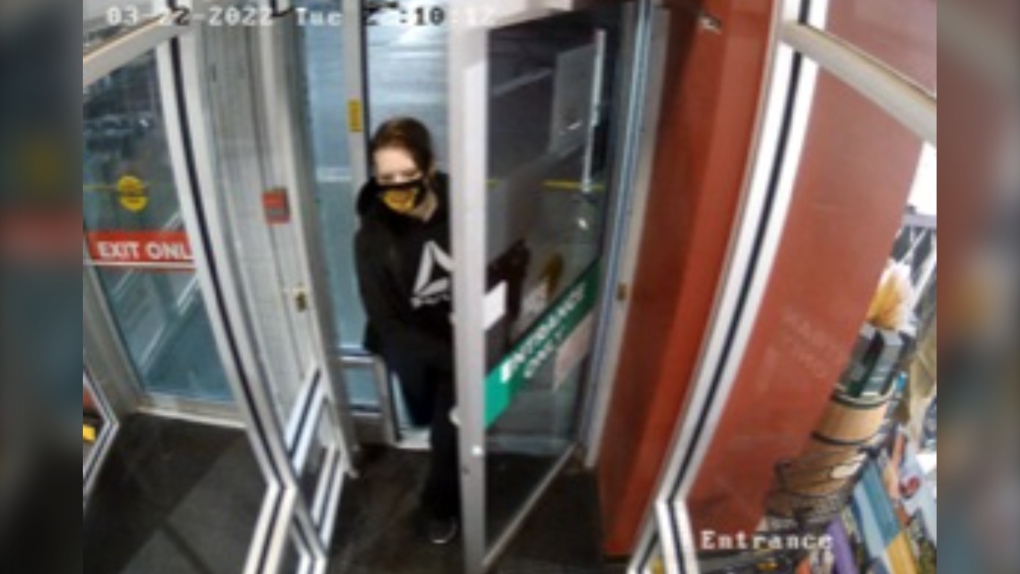 Nanaimo RCMP are looking for the woman who is believed to be linked to a shoplifting in March. (Nanaimo RCMP)